The actor was "shocked and stunned" but his prognosis is "positive for a full recovery," he says in a statement from his rep

Ryan O’Neal, who successfully battled leukemia, has been diagnosed with prostate cancer.

“Recently I was diagnosed with stage 2 prostate cancer,” O’Neal says in a statement released by his rep exclusively to PEOPLE.

“Although I was shocked and stunned by the news, I feel fortunate that it was detected early and according to my extraordinary team of doctors the prognosis is positive for a full recovery,” the statement adds.

“I am deeply grateful for the support of my friends and family during this time, and I urge everyone to get regular check-ups, as early detection is the best defense against this horrible disease that has afflicted so many.”

O’Neal initially said he had been diagnosed with stage 4 cancer, but issued a new statement correcting it to stage 2.

The Love Story actor, 70, was treated in the late 1990s for myelogenous leukemia, which causes the bone marrow to produce too many white blood cells. 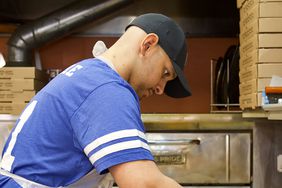