Ryan Lochte Parties in Two Cities in One Night!

There’s apparently no such thing as rest for Ryan Lochte.

Following a successful Olympic run, the professional swimmer – who just landed a cameo on 90210 – is continuing to make his celebratory rounds.

Lochte began Thursday night with an appearance at the WWE SummerSlam VIP Kickoff party at the Beverly Hills Hotel, where David Beckham was also in tow.

Looking dapper, a source tells PEOPLE that Lochte “had every female on the carpet clamoring for his attention. He was a really sweet guy and more gorgeous in person.” But unfortunately for the athlete, he didn’t get a chance to meet his admitted “celeb crush” Carmen Electra, the source says, because he had to catch a plane to Las Vegas.

Upon arrival in Sin City, Lochte made his way to Worship Thursday at TAO nightclub, where an onlooker tells PEOPLE, “Camera phones went crazy, and a bevy of ladies turned their heads to his table, hoping to catch a glance.”

Shortly after he got there, the observer says Lochte was surprised with a presentation that included the venue’s own bottle fairy flying through the air with the American flag, and waitresses cheering around him in USA-themed outfits.

“Everyone in the room [seemed to be] in excitement,” the insider says. “Ryan was visibly gracious and [seemed to] enjoy the rest of the night with a huge smile on his face.”
– Melody Chiu

NEXT: High-Spirited Halle Berry Sips Wine with Pals in L.A. 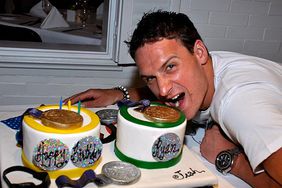 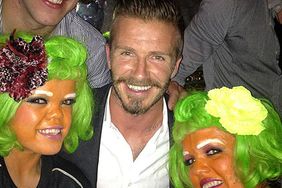 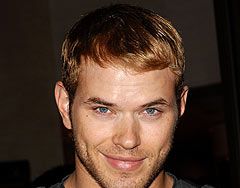 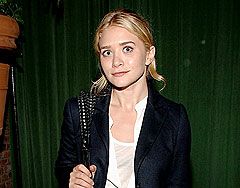 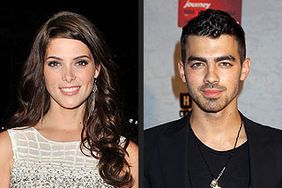 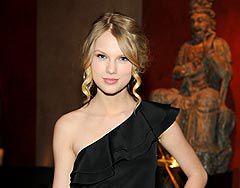 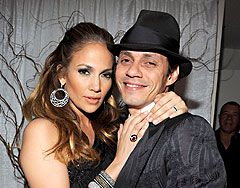 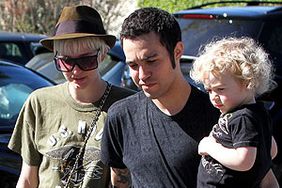 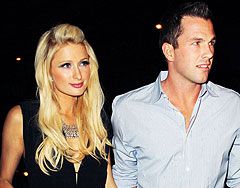