Confirmed: Ryan Gosling can make messing up during a skit on Saturday Night Live sexy.

The Big Short star hosted this weekend’s SNL but he couldn’t help but crack up – also known as “breaking” – during a few of the weekly sketch show’s bits.

Case in point: Gosling, 35, couldn’t hold back his laughter during an alien abduction sketch in which cast member Kate McKinnon tells an extremely silly story about an abduction. (Spoiler alert: it involves peeing into a bucket and getting her “knockers” touched by gray aliens.) Gosling can be heard laughing half-way through the sketch, which causes the other cast members – Aidy Bryant, Cecily Strong and Bobby Moynihan – to get the giggles. Later, when the camera pans to Gosling, he can be seen desperately trying to hold in his laughter.

Gosling isn’t the first person to break on SNL – then-cast member Jimmy Fallon and Lindsay Lohan famously lost it during a Debbie Downer sketch about Disneyland in 2004.

Either way, Gosling looks pretty cute when he gets a case of the giggles. 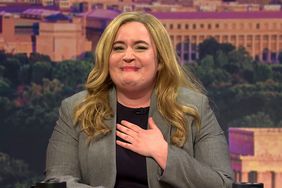 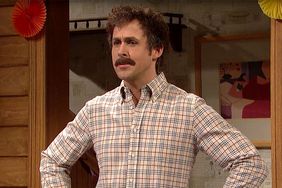 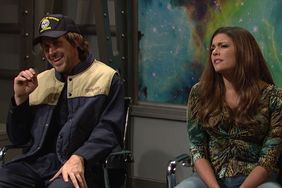