The couple is ending their marriage after six years

It’s over for Mandy Moore and Ryan Adams.

“Mandy Moore and Ryan Adams have mutually decided to end their marriage,” her rep says in a statement. “It is a respectful, amicable parting of ways and both Mandy and Ryan are asking for media to respect their privacy at this time.”

The duo pulled off an under-the-radar wedding in March 2009 in Savannah, Georgia, just four weeks after announcing their engagement.

On Friday night, after news of the split broke, Adams appeared in a pretaped segment of The Late Late Show, where he performed his moody ballad “Gimme Something Good.”

Last March, the couple presented a united – and goofy – front as they celebrated their fifth anniversary with pals including Minka Kelly.

The week prior, Moore shared a photo of their marriage certificate. “The best five years….” she wrote.

The couple, who collaborated on his self-titled album last year, have always been private about their relationship.

Explaining why he cut an interview short last fall after being asked about Moore, Adam explained: “I’m a private person and I’ll be a gentleman and say I’m not talking about my marriage ever. I’ll never talk about it. Ever.”

Radar Online was the first the break the news. 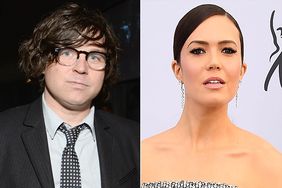 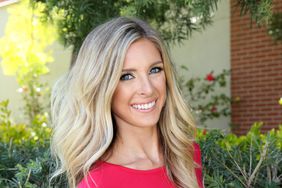