Russell, Julia: Back to Work

No rest for the worthy: Fresh from his Oscar win for “Gladiator,” Russell Crowe, 36, is scheduled to arrive at Princeton University in New Jersey on Tuesday to begin filming his new movie, “A Beautiful Mind,” co-starring his Oscar competition Ed Harris (“Pollock”) and being directed by Ron Howard, reports the Newark Star-Ledger. The movie tells the story of Princeton math professor John Nash, who won the Nobel Prize while battling schizophrenia. (Nash also reportedly had a bisexual reputation, though director Howard has said in interviews with New York papers and elsewhere that this aspect of Nash’s life will not be explored in the film.) “This is a prestigious project,” Steve Gorelick of the Garden State’s film commission told the Star-Ledger. “And it has the newly crowned best actor winner, so it’s an even more prestigious project.” Meanwhile, “Erin Brockovich” best actress Julia Roberts and “Traffic” best director Steven Soderbergh aren’t lining up at unemployment, either. Having just completed “America’s Sweethearts,” Roberts, 33, is slated to land in Vegas on Tuesday to film her role in “Ocean’s 11” — directed by Soderbergh (who also directed “Brockovich”). He, by the way, wasted no time returning to his set. Variety reports that on midnight Sunday, which was Oscar night, Soderbergh left Hollywood to party without him while he hightailed it back to Nevada so he could be ready to start shooting at 6 a.m. Monday with some of the picture’s male principals, who that day included the picture’s star, George Clooney, as well as Carl Reiner and Elliott Gould. 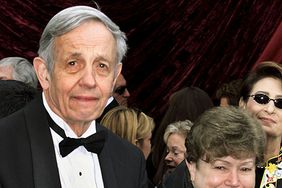