Russell Crowe, Wife Have a Boy

Russell Crowe and his wife, Danielle Spencer, have welcomed a baby boy, the actor’s rep, Grant Vandenberg, confirms to PEOPLE.

Tennyson Spencer Crowe was born at 7:27 a.m. on Friday in Australia at Sydney’s Royal North Shore hospital, and weighed in at 8 lbs.

Crowe and Spencer married in April 2003 at the Gladiator Oscar winner’s Australian ranch.

At January’s Golden Globes, Crowe broke the news that they were expecting their second child, declaring on the red carpet, “Dani is pregnant again. She’s due in July.”

In March, he revealed that the baby was a boy, telling Jay Leno on The Tonight Show, “Just for you, Charlie is going to have a brother.”

Crowe said Charles was aware that a sibling was on the way. “He knows where the baby is in Mommy’s tummy and knows that he was a baby once and there’s another baby coming along,” Crowe said. “And we said, ‘Bubba, what do you want to call your brother?’ and his first option was Pumpkinhead. But then the next day, he revised it and he changed it to Stinky.”

Perhaps no one has enjoyed Spencer’s pregnancies as much as Crowe. When she was carrying Charles, he said on Australian TV, “Dani is 14 weeks and three days. So it is a lot of fun, and she is feeling all the effects of it.”

Spencer appreciated Crowe’s comments, according to rep Wendy Day. “She gets his sense of humor,” Day said at the time. “He actually is very attentive and sympathetic and sensitive to Danielle as she goes through her morning sickness.”

It's a Boy for Russell and Danielle

Russell Crowe to Be Dad Again 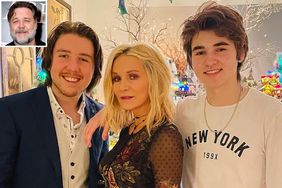 Russell Crowe Gets His 'Manly Man' Time With Sons

Russell Crowe and son Tennyson to be baptized together 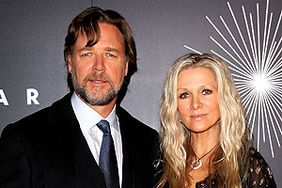