The prescription bottle did not have his name on it, Florida airport authorities say

Rush Limbaugh could be charged with a misdemeanor after U.S. Customs and Border Protection officials held him for more than three hours at Florida’s Palm Beach International Airport on Monday, authorities tell the Associated Press.

A prescription bottle in the conservative radio host’s luggage that contained Viagra did not have Limbaugh’s name on it, according to Paul Miller, spokesperson for the Palm Beach County Sheriff’s Office.

A physician had prescribed the drug, which treats erectile dysfunction, but the bottle was “labeled as being issued to the physician rather than Mr. Limbaugh for privacy purposes,” Roy Black, Limbaugh’s attorney, said in a statement.

The customs officers examined the 55-year-old’s bags after his private plane landed at the airport from the Dominican Republic, said Miller. The matter was referred to the sheriff’s office. According to Miller, Limbaugh said that the Viagra was for his use, and that he obtained it from his doctors.

Investigators confiscated the drugs, and Limbaugh was released without being charged.

The sheriff’s office plans to file a report with the state attorney’s office. Miller said it could be a second-degree misdemeanor violation.

Limbaugh reached a deal last month with prosecutors who had accused the talk-show host of illegally deceiving multiple doctors to receive overlapping painkiller prescriptions. Under the deal, the charge, commonly referred to as “doctor shopping,” would be dismissed after 18 months if he continues to submit to random drug tests and treatment for his acknowledged addiction to painkillers. 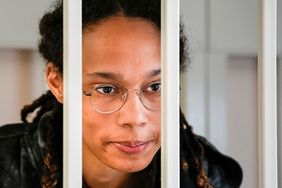