Rosie O’Donnell said she wanted a peaceful discussion about gun control when actor Tom Selleck came on her show Wednesday. It didn’t work out that way. The actor, who has filmed a commercial for the National Rifle Association, got into a heated 10-minute debate with Rosie, a frequent critic of the NRA since the Columbine High School massacre. Selleck, 54, said he believed gun control legislation wouldn’t have done anything to prevent the tragedy and that it would be wrong to legislate against guns during a period of national mourning. When O’Donnell, 37, complained about NRA opposition to efforts to ban assault weapons, Selleck said he couldn’t speak for the organization. That was when the argument flared up: 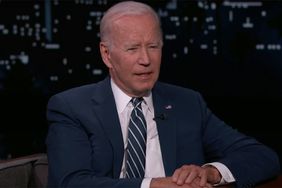