Rosie O’Donnell’s return couldn’t save Broadway’s Tonys from suffering the worst TV ratings in years, and possibly ever. “We are all a little disappointed,” Tony spokesman Keith Sherman told the Associated Press. “But the competition was stiff.” The two-hour CBS special was up against ABC’s “Who Wants to Be a Millionaire,” the season premiere of HBO’s “Sex and the City” and NBC’s coverage of the deciding game in the NBA’s Western Conference finals. The early tally for the Tony broadcast was 6.1, down from 7.0 last year — when Rosie didn’t host. The ratings have been steadily plummeting, from 8.4 in 1998 and 9.6 in 1997. (Each rating point represents slightly more than a million homes.) Still, says today’s New York Times, theater professionals consider this year’s show a vast improvement over last year’s. 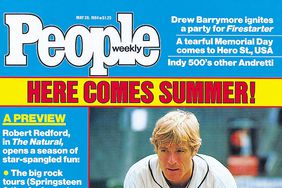