Battery charges in Florida have been dropped against Dennis Rodman and actress Carmen Electra. The on-again, off-again twosome were arrested after a night of partying in South Beach clubs that culminated in a fight between them on Nov. 5 at their Miami Beach hotel, their attorney said. Rodman’s shirt was torn and the room was in disarray when officers arrived. Electra suffered bruising on her arm, a cut toe, an injury to her left temple and a swollen lip. Rodman and Electra were arrested and later released on $2,500 bail each after several hours in custody. Their attorney, Roy Black, told the Associated Press on Monday that the fight was a disagreement “typical of what happens between a married couple.” 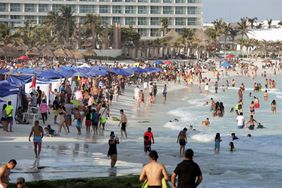