John Rocker may be getting quite a subway ride for his $1.50. The Atlanta Braves pitcher, who made disparaging remarks in a 1999 Sports Illustrated interview about people who ride New York’s public transportation system to Shea Stadium — thereby slamming minorities, foreigners and gays — last week told USA Today Baseball Weekly that he planned to ride the subway to Shea sometime during the Braves-Mets series that starts Thursday. New York City officials hope he won’t — likewise the baseball commissioner’s office, reports the Associated Press — but yesterday Mayor Rudy Giuliani said that if Rocker rides, then New Yorkers should be behave politely toward him. To make sure they do, Hizzoner has reportedly ordered 500 extra uniformed police officers to escort Rocker, plus an unspecified number of plainclothesmen. 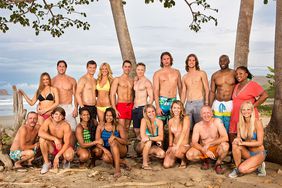