The ax fell Wednesday night on American Idol hopeful Kellie Pickler – despite judge Simon Cowell’s one-time earlier prediction that she’d make it all the way to the final three.

“I’ve definitely learned a lot since I’ve been here,” the 19-year-old North Carolina native said after show host Ryan Seacrest delivered the news. He also said that 47.5 million votes were cast this week, an all-time high outside of the show’s finale tallies.

Pickler’s exit brings the number of Idol contestants down to five: Paris Bennett, Chris Daughtry, Katharine McPhee, Taylor Hicks and Elliott Yamin. The winner will be named May 25.

On Tuesday, Pickler disappointed Cowell with her rendition of the Righteous Brothers classic “Unchained Melody,” which he found “bland. … You were like a robot,” he said.

Paula Abdul, tacking a break from her usual gushing, even told Pickler: “I don’t see you raising the bar each week. At this point it was about greatness, and I didn’t see that in you.”

Second lowest in viewer ratings was Bennett, 17, despite passing marks from judges for her soulful take on the Barbra Streisand love song “The Way We Were.”

Wednesday’s elimination show featured a performance by guest coach Andrea Bocelli, who sang “Because We Believe” from his latest album, Amore.

Cowell also used the occasion to comment on the recent reports of an Abdul-Seacrest feud. “Are you two talking yet, by the way?” he asked.

“Yes,” said Seacrest for the benefit of the audience. “One dysfunctional family right here, ladies and gentleman.”

“We love each other,” gushed Abdul. 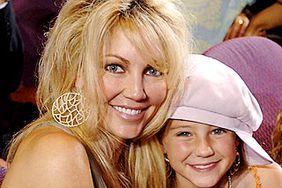 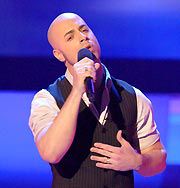 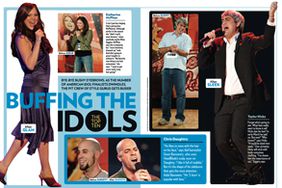