After two previous splits, the actress files papers to end her marriage to Sean Penn

Robin Wright Penn has filed for divorce from her husband Sean Penn, PEOPLE has learned.

The reason for the split is listed as “irreconcilable differences.” Wright Penn, best known for roles in The Princess Bride and Forrest Gump, is not seeking spousal support.

Lawyers for both sides weren’t immediately available for comment.

Together since 1989 and married in 1996, the couple endured a roller-coaster relationship, filing papers to initiate divorce not once, but twice – only to patch things up again as recently as May.

In an interview released Monday, the actress told More magazine that she had no plans to reconcile with her husband. “I hit that crossroad a while ago,” she said. “I know what I don’t want.”

Regarding the much-discussed marriage of the two actors, friends tell More magazine for its September issue that the couple had a “peculiar chemistry.” Penn Wright herself said, “I, we, have two amazing children we raised together.”

This fall, daughter Dylan Frances, 18, is headed off to college, with son Hopper Jack preparing to follow suit. 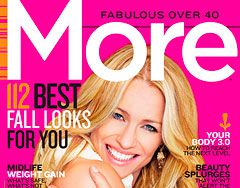