The comedian, temporary sidelined by a respiratory problem, displayed his stand-up prowess on Feb. 28

Although actor and comedian Robin Williams has had to cancel the south Florida dates of his one-man show Weapons of Self-Destruction due to respiratory problems, fans say the public should anticipate great performances during the rest of his sold-out 80-city tour once he is back on his feet.

Williams performed for more than an hour and 45 minutes at Ovens Auditorium in Charlotte, N.C. on Saturday, Feb. 28. “He didn’t show that he was sick or anything like that,” says an audience member. “He was great and very funny. Everyone was laughing and talking about how good it was.”

Outside of his takes on local Charlotte issues, Williams riffed on Michael Phelps, Dick Cheney, Sarah Palin, financier Bernie Madoff and dozens of other political and topical subjects.

“The comedian’s profanity-laden set was a steady gigglefest for the audience, broken up by deep belly guffaws and even tears of laughter,” wrote Deirdre McGruder of the Charlotte Observer in a review. “He had a soft drink and half-dozen water bottles onstage with him; the water served to quench his thirst and to act as the only ‘prop’ in his physical comedy.”

The Miami Herald reported that Williams was admitted Monday to a Florida hospital after complaining of a respiratory problem.

In a statement released earlier Thursday by reps for the 57-year-old Oscar-winning comic actor said, “Williams was experiencing shortness of breath and is currently being evaluated by doctors who are recommending a week of rest.” 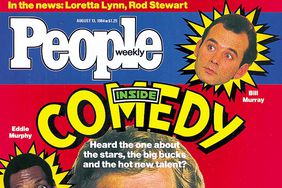