Audiences didn’t see much of Rob Lowe in the last season of Parks and Recreation, but the town of Pawnee, Indiana – and its residents – is still on his mind.

The host of the upcoming National Geographic series, The 2000s: A New Reality, tells PEOPLE what he thinks the future holds for his Parks and Rec character, Chris Traeger, and his partner Ann Perkins: “I think they’re a couple that made it,” Lowe says. “They went through a lot to be together, and I think they’re a success story, for sure.”

While he predicts that things are going well on the home front, Lowe doubts that his on-screen alter ego would find much success in his new post as the admissions director at the University of Michigan.

“He’ll find something great in every single potential student,” Lowe says. “If Chris had his way, everybody would get in. He’ll have to learn how to be more discerning.”

Lowe keeps up with his Parks and Rec co-stars, more than he has with any other cast he’s worked with, he says, staying connected with email chains and quick meet-ups. He’s even planning to see his on-screen other half, Rashida Jones, over the Fourth of July weekend.

Despite this closeness, a cast reunion, he says, is still a few years off, if doable at all. Why? Let’s just say he asked Jurassic World‘s Chris Pratt when he’d be up for a fishing trip – and he told him he’d be free in June of 2018.

“You’ve never met a group of actors who are more busy,” Lowe says. “The reunions are going to be many decades off.”

Thankfully Lowe’s got plenty to keep him busy in the meantime. Along with the The 2000s, his new series, The Grinder, hits TV this fall.

Of course, bouncing between roles isn’t new territory for Lowe. At one point, he was simultaneously shooting Behind the Candelabra, Parks and Rec, Californication and Killing Kennedy, a challenge that was gratifying, though led to a bit of an identity crisis.

“It definitely felt like I was working at the edges of my range, and not many people get a chance to do that,” he says. “But there were days where I felt like I had multiple personality disorder.”

Something that likely helped shape his personality is one of his earliest films, St. Elmo’s Fire, which celebrated its 30th anniversary last week. The movie was released in 1985, but Lowe says he’s still struck by the impact it’s had on so many people.

“I’ve had everyone from Peyton Manning to Gwyneth Paltrow be able to quote the movie beginning to end,” he says. “It’s a good reminder that you never know who’s watching.”

BONUS! In honor of Lowe’s upcoming narration of The 2000s: A New Reality, we asked him to play a little game of word association with some very aughts topics.

MySpace: Close, but no cigar

Blackberry: Loved it while it lasted 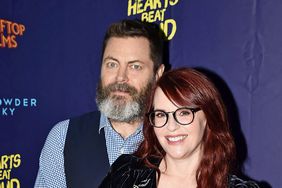 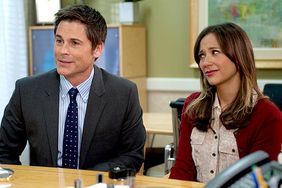 Rob Lowe and Rashida Jones to Leave 'Parks and Recreation' 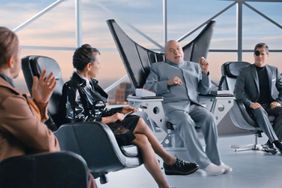 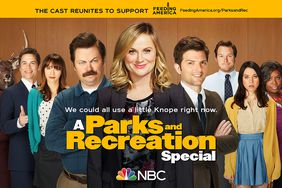 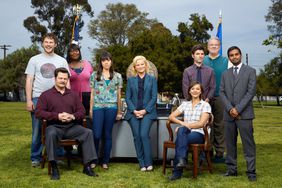