Lord of the Dance and Riverdance star Michael Flatley married his longtime costar Niamh O’Brien in a ceremony in County Cork, Ireland, on Saturday.

“She’s the most beautiful girl in the world, inside and out,” Flatley, 48, told the Britain’s Sunday Times of O’Brien, 32, who he has known for more than 10 years. “She is exactly what I was hoping my wife would be.”

The ceremony was held at St. Patrick’s Church, two miles from Flatley’s home in Castlehyde. Thousands of residents from Fermoy, County Cork, turned out for the event. Flatley spent about five minutes shaking hands and kissing well-wishers before finally making it through the crowd and into the church.

O’Brien wore a vintage Badgley Mischka dress and carried a bouquet of red roses. She was walked down the aisle by her father, Tom.

During the service, which was attended by about 250 invited guests, Flatley was cheered, and at one point the entire congregation rose to their feet and sang “For he’s a jolly good fellow.”

The couple posed on the steps of the church before being driven back to Flatley’s mansion where the post-wedding celebration lasted until around 6 a.m. the following morning. Guests feasted on a gourmet buffet, which included oysters, lobster, prawns, shellfish and medallions of beef. There were also plates of fresh Irish salmon caught from the river that runs through his estate.

The couple, who plan to take a honeymoon later this year, took just two days off before returning to work on his forthcoming tour, Celtic Tiger.

Flatley was previously engaged for four years to former model Lisa Murphy and was married to makeup artist Beata Dziaba for 11 years before their 1997 split.

One of PEOPLE’s 50 Most Beautiful PEOPLE in the World in 1997, Flatley was praised for his fleet-footed, chest-baring showmanship. He told PEOPLE he was “delighted” by all the attention, adding, “Anybody who says they don’t like it is lying.” 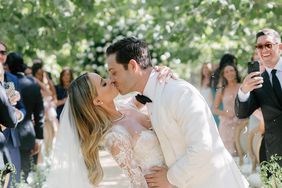 From Bachelor Nation to Bride: The Prettiest Photos from Amanda Stanton's Weekend Wedding 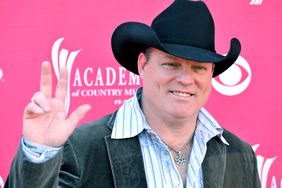 John Michael Montgomery on the Mend After 'Serious' Tour Bus Accident: 'I Am Doing Well'