The 41-year-old has made history as the oldest American to ever run at an Olympic games. At the Olympic trials for Rio, he came from behind to pass five runners – some 15 years his junior – in the final lap of the men's 5,000 meter. "I train with young guys and I don't believe that I'm old," Lagat said after the race, according to Sports Illustrated. "If you believe that you're old, you're going to run like an old man." After qualifying for his fifth Olympics, Lagat collapsed on the track, overcome with emotion. His daughter Gianni, however, is less enthused. "My daughter," he told Yahoo Sports, "tells me, 'Daddy, I want you to make it to the Olympics so I can watch gymnastics.'"

The 19-year-old four-time U.S. all-around gymnastics champion will be competing in her very first Olympic games – and she's ready to prove that her body, which she considers to be "stockier" than her fellow gymnasts', is an advantage. "I was built this way for a reason, so I'm going to use it," she told Teen Vogue. "To go out there and prove what I can do has taught me a lot about who I am. We can push ourselves further. We always have more to give." And she's done exactly that, setting a new standard for technical proficiency in gymnastics with her signature floor-routine move called "The Biles." Despite Italian gymnast Carlotta Ferlito suggesting "we should also paint our skin black so we can win too" in 2013, Biles refuses to let the haters get to her: "I guess I just have really tough skin. I was like, whatever."

Tan, a 59-year-old doctor with paraplegia who survived stage IV leukemia, was born into poverty in Singapore, losing the use of his legs to polio at age 2. "It was a very, very difficult time of my childhood," he told ABC in 2007. "My fellow classmates were not very accepting. They called me names, they bullied me." Since representing Singapore at the 1988 Paralympics in Seoul, he has set six world wheelchair marathon records and helped to raise more than $18 million for charities around the world.a Despite being diagnosed with stage IV leukemia in 2009 and being told he had just 12 months to live, he went into remission after six months of chemotherapy – and is now training to compete in the 2016 Rio Paralympics.

The Team USA diver, 21, fell less than a half-point short of making the 2012 U.S. team and suffered three life-altering injuries in the last four years – including tearing her labrum and being told she might never dive again. "I actually remember watching the opening ceremonies for the 2012 Olympics from my hospital bed," she said. After tirelessly training for three years, the Texas native is finally Olympics-bound. Olympic veteran diver Abby Johnston, one of Cook's closest friends, said of her pal: "I know she is going to kick butt in Rio, and I'm going to be right there with her!"

In 2013, the track and field star – who nabbed gold during the 2012 Olympics and holds the world record in the 110-meter hurdles – was diagnosed with collapsing FSGS, a genetic kidney disease. "I was told I wouldn't be able to do anything ever again," Merritt tells PEOPLE. "I would have to sit in the hospital and get dialysis and wait for a translate." After years of hospital stays and experimental drug treatments, Merritt, 30, continued to compete. In 2015, his kidney stopped functioning to the point where a transplant was the only option – luckily, his sister LaToya Hubbard was a match. Now, his health is better than ever, and he's ready to take Rio, thanks to an unusually speedy recovery. "I kept pushing forward and saying there has to be another way to get around this. And I found that way."

When the Olympic gold medal-winning swimmer was 5 years old, he almost drowned in a pool. "My inner tube hit the pool at the bottom of the biggest slide in the park and flipped over," he told PEOPLE. "I had never had swim lessons, I didn't know what to do and I wasn't strong enough to pull myself out of the water." Jones held on to the inner tube trapped under the water, losing consciousness for 30 seconds until a lifeguard pulled him out and resuscitated him. He began taking swimming lessons soon after, and 20 years later, went on to become the first African-American to set a world record in swimming and won four medals at the 2008 and 2012 Olympics. The 32-year-old has also dedicated his life outside of training to prevent other children from going through what he did, by teaching free swim lessons and promoting water safety. While Cullen is training 30 hours per week for Rio, he keeps spreading the word about the fact that 10 people die from drowning in the U.S. each day. "To be able to go to a community that had something so terrible happen and give them something positive like that meant a lot," he said. "That was the moment I felt like this is the thing I will stand behind my entire life."

For the first time ever, there's an Olympic team made up entirely of refugees, and it includes Misenga, a 23-year-old refugee from the Democratic Republic of Congo, who's joined by Yolande Mabika, also from Congo. Both lost contact with their families years ago. "There were kids who were 5 and 6 who were actually fighting," he told NPR. "I was trying to run away from that. I lost my mom in the conflict. I just wanted to escape. A lot of friends were killed in the street where I was living." Misenga, who sought asylum in Brazil in 2013, will be competing in judo.

Another member of the first-ever refugee team, Mabika, 28, learned judo at the Congo UNICEF refugee center where she grew up after she was separated from her family. "It's the dream of every sports person to be in the Olympics," she told NPR. "It's a chance you will never forget. If I ever have my own family, I will tell my children everything I have been through in my life to get here."

Douglas, the reigning Olympic individual all-around champion gymnast, is hardly an unknown, but she's certainly a fan favorite as she attempts to make history and win gold again at the 2016 Rio Olympics. While she placed fourth at the U.S. championships leading up to Rio, she's determined to keep fighting for that second top honor. "Obviously I didn't do my best, but I think finishing fourth is definitely going to motivate me," she told reporters. "Overall, I'm just going to move forward heading into Olympic trials and really focus on being consistent and strong, and really work hard in the gym."

After setting a world junior record in the 400-meter hurdles, 16-year-old McLaughlin – who almost didn't run the U.S. Olympic track and field trials – will be the youngest American track athlete to compete in an Olympics since 1972, the Wall Street Journal reports. "The first day, I got here and I had a nervous breakdown and I wasn't going to run because I was just so nervous," she told the Journal about the event in Oregon. "[My coaches] pushed me through it, and now here I am. I am on the team, so I thank them for that." McLaughlin, a New Jersey native, ran her first competitive track race when she was just 6 years old. "I think sometimes I get caught up in the fact that I haven't lost a hurdle race, and then I come here and there are girls who are faster than me," she told ESPN. "I think just realizing that sometimes you have to lose in order to get better. It's a big thing for me." 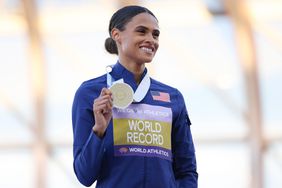 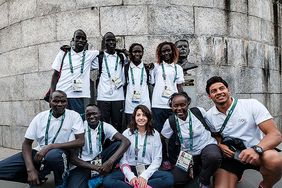 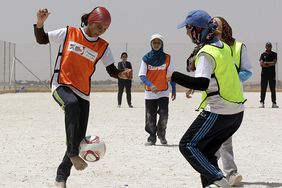 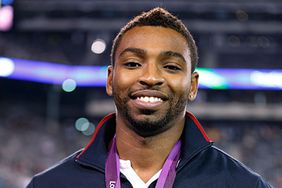 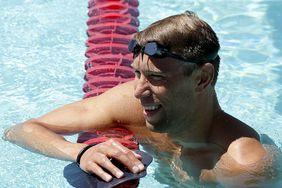 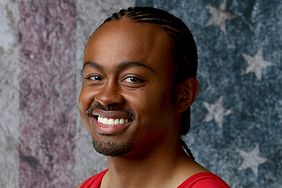 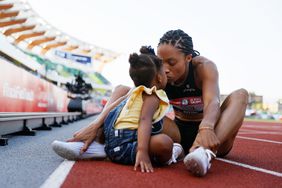 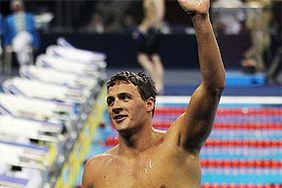 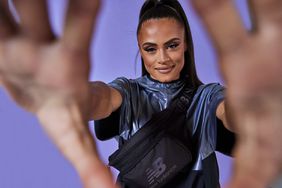 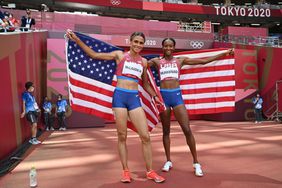 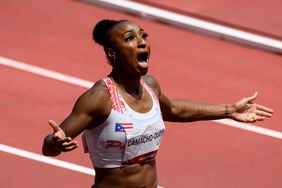