brightcove.createExperiences(); Richard Simmons is not taking steps toward transitioning into a woman.

“It’s not true,” Simmons’ rep Tom Estey tells PEOPLE in response to reports about the fitness guru. “He is not transitioning into a woman. He has decided to live quietly the last few years. He had knee surgery a few years ago and has a bum knee. He is still on Twitter and Facebook and works behind the scenes continuing to inspire and motivate people to lose weight. When he decides to come back, he will come back.”

Estey adds, that Simmons “was in the hospital over the weekend for dehydration and was out the next day. He’s a human being. He was in the public eye for over three decades, but he deserves his privacy. He should be able to have a private life. He just needed a break. He is still taking care of the people who need his help.”

The news comes amid follows mounting concern for Simmons, 67, who was recently hospitalized.

On Sunday, Simmons took to Facebook to reassure fans he was doing well after being transported to the hospital Friday night from his Hollywood Hills, California home.

“Thank you to everyone who has reached out with love and concern after hearing I was in the hospital,” he wrote. ” I was dehydrated and needed some fluids and now I am feeling great! Summer is here – drink plenty of liquids. Big hugs and kisses for caring.”

TMZ originally reported someone present in Simmons’ home called 911 just before midnight on Friday. Simmons was reportedly taken to Cedars-Sinai Medical Center for a medical evaluation.

According to TMZ, Simmons was released from the hospital Saturday.

Estey also shut down rumors in March that Simmons was allegedly being held inside his home against his will, telling PEOPLE the claims were “untrue and preposterous” and explaining Simmons was “simply taking a break from the public eye.”

One day later, Simmons himself called into the Today show and denied that he was being held hostage in his house, noting that he is in good health but needed some time out of the spotlight.

“For the last 40 years I have been traveling, teaching classes and I had a knee injury, so I had a knee replacement, which was very difficult for me,” he said. “I have really just been taking it easy, staying at home, working out in my gym and doing the things I haven’t done in a very long time.”

Simmons’ knee injury sparked similar rumors about the star in 2014 after reports surfaced he had been missing from the public eye for almost the entire year.

At the time, Simmons took to Facebook to explain he was having a “tough time” dealing with his injury but that he was “touched by the outpouring of love and concern.”

Simmons has remained active on his Facebook page, sharing an image on Saturday with the words “be your own kind of beautiful.”

“Make it your duty to create your own beauty,” he captioned the post.

Simmons, beloved by fans for his energetic and motivational demeanor, rose to stardom through his exercise studio in Beverly Hills, Slimmons, where he previously taught classes.

Simmons is also known for Sweatin’ to the Oldies, his line of aerobics videos, and previously starred in a recurring role as himself on General Hospital in the 1980s. 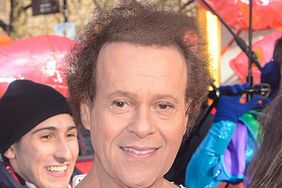 Richard Simmons Addresses Rumors Surrounding His Disappearance: 'I Am Not Transitioning' 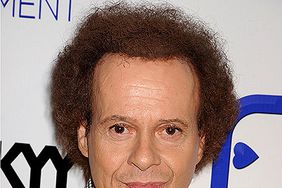 Inside Richard Simmons' Retreat from the Spotlight: 'There Were Days Where It Seemed Like There Was No Life in Him at All' 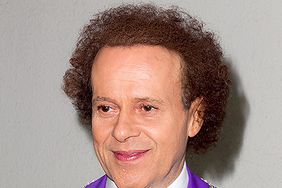 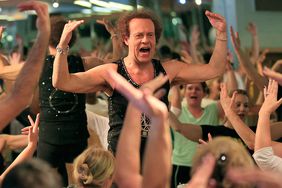 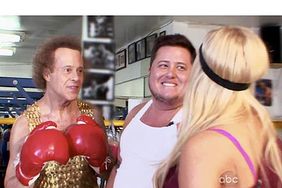 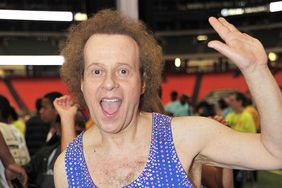 Richard Simmons' Brother Says Simmons Is Healthy and Just Wants to Live Quietly: 'I Have to Respect It' 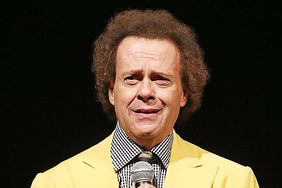 Richard Simmons, 67, Denies He Is Being Held Against His Will and Vows to Make a Comeback: 'You Haven't Seen the Last of Me' 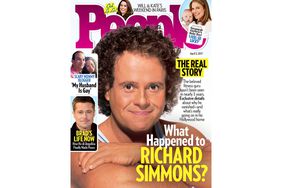 Richard Simmons Speaks Out After Closing His Fitness Studio: 'Thank You for Always Supporting and Loving Me'