Just when you thought you knew everything you need to know about the $1 million “Survivor” winner Richard Hatch comes new revelations in the latest issue of PEOPLE. Take, for instance, his father, Richard Hatch Sr., 61, a retired lab technician who lives near his newly celebrated 39-year-old son — yet had barely spoken to him in years. After the big TV event of last week, the old man phoned an East Providence, R.I., radio station, where the more famous Hatch was serving as a guest host, “to tell him I was proud of him.” A subsequent lunch together proved disappointing, the elder Hatch tells PEOPLE, “but we broke the ice.” The article also goes into the openly gay Hatch’s two marriages — though he won’t provide the women’s names — as well as how Hatch is still seething over “stupid and made-up and sensationalized” media coverage of some second-degree child abuse charges involving him and his adopted son Chris, 10. Those charges have since been dropped. In other news of Hatch, Variety reports that he is now being represented by Hollywood agents and managers. 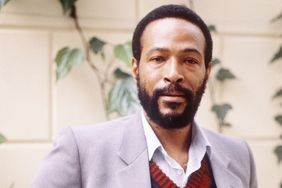 Marvin Gaye Was a Prince of Soul, But One Who Knew the Torment of Drugs and Violence