Review: Movies Fit for a President

PEOPLE's critic looks at Robin Williams's Man of the Year, plus other presidential flicks

The idea of Robin Williams running for President – the plot of his new movie, Man of the Year, which opens this weekend – isn’t preposterous. After all, we’ve had a genuine Hollywood star in the White House before, and not just sleeping over in the Lincoln Bedroom. Ronald Reagan, whose movie career stretched from the late 1930s through the early ’60s, occupied 1600 Pennsylvania Ave. for two terms.

Of course, Williams isn’t running in real life – just on the screen in Year. The movie is an uneven comedy about a John Stewart-like comedian (Williams) who decides to see if his big mouth can win at the ballot box. While the movie scores when Williams’s character lets loose with comic zingers during a debate or press conference, mostly it’s an ungainly hybrid: part comedy, part cloak-and-dagger thriller.

What Year does bring to mind are a host of other good recent film comedies that featured White House settings. All the movies here are available on DVD. Here’s the list:

• Dave (1993) This is one I watch every time it shows up on TV. Kevin Kline plays a presidential look-alike who secretly – only a few top advisors know – takes over for the Commander in Chief when the real President lapses into a coma. The movie is funny, sweet and Kline and co-star Sigourney Weaver, who plays the first lady, have great chemistry. Best scene: Kline swiping White House souvenirs.

• The American President (1995) Can a single guy President find love in the endless glare of the spotlight? Michael Douglas plays a widower in the White House who becomes smitten with a lobbyist (Annette Bening). The first half of the movie, encompassing their courtship, is a blast, but the film slows during the second half as it turns political and serious.

• Dick (1999) An overlooked treasure. This comedy, costarring Kirsten Dunst and Michelle Williams as two teenagers who accidentally stumble upon the Watergate burglary while it’s in progress, is a hoot. The airhead pair ends up hanging out at the White House, where Williams’ character develops a serious crush on President Richard Nixon (Dan Hedaya), and serving as Deep Throat to Washington Post reporters Bob Woodward and Carl Bernstein.

• Chasing Liberty (2004) Mandy Moore plays the rebellious daughter of a President (Mark Harmon), who takes off for Europe and finds love. Distinctly minor.

Novelist John Ehrlichman: Half of the Berlin Wall Has Become the Santa Fe Sphinx 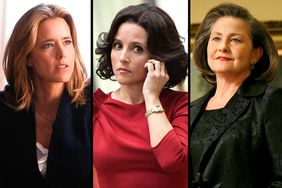 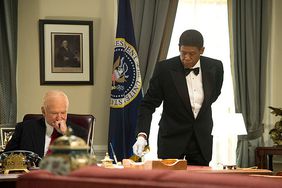 See This, Skip That: From 'Lee Daniels' The Butler' to 'Paranoia' 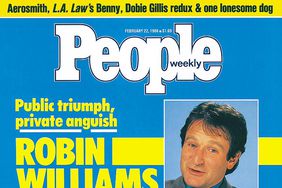