She says buzz about her figure is unwarranted – she still has curves!

Renée Zellweger had crowds buzzing at the London premiere of the animated Bee Movie, where she chatted about her fitness regime.

“I have a lifestyle,” she told reporters Thursday night. “It involves keeping my sanity by going to the gym.”

Zellweger, 38, cut a slim figure on the red carpet, but said she doesn’t miss her Bridget Jones look. “I don’t think my curves are absent,” she said with a laugh. “I think I’m doing alright, thank you very much.”

In fact, she was full of praise for her longtime pal, who also wrote and directed the film. “He’d run the length of the field all day long with the 20-year-olds, then put on his director hat and he’d go edit,” she said. “It was non-stop. He loved this movie.” 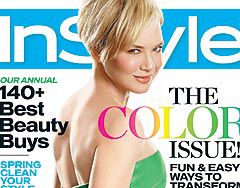 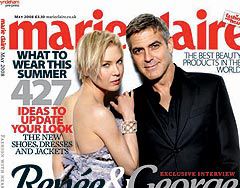