The cardiologist sued by the family of late Boston Celtics player Reggie Lewis was cleared of malpractice charges by a jury in Boston yesterday. This was the second trial for Dr. Gilbert Mudge, who treated the basketball player prior to his 1993 death and who declared at the time that Lewis’s heart was “normal,” according to the Associated Press. The first trial resulted in a hung jury last year. Lewis collapsed while shooting hoops in 1993 and an autopsy showed signs of a scarred and enlarged heart. “Obviously it’s time to move on,” Neil Rossman, an attorney for Lewis’s widow, Donna Harris-Lewis, told AP. 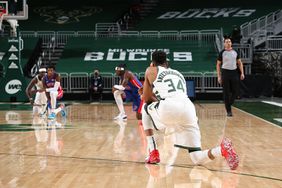