"It was a great party. When Reese left at 2 a.m., she was in the best mood," a source tells PEOPLE

Reese Witherspoon‘s 40th birthday party on Saturday was a rockin’ bash indeed – filled with stars, sexy jazzy music and a Taylor Swift performance, just for her.

The party, at the Warwick (co-owned by JT Torregiani and Sylvain Bitton), in Hollywood, California, kicked off at 7:30 p.m., as Witherspoon (who turns 40 on Tuesday) arrived with husband Jim Toth, a source tells PEOPLE.

“Reese was smiling and seemed excited about her party. She wore a sparkly cocktail dress and looked amazing,” the source says.

Witherspoon also shared a Snapchat video with her mom as they drove to the party.

Hudson captured the ecstatic spirit of the evening with an Instagram collage from the party, posted very early Sunday, with the hashtags “#TequillaFirst #PostingLater #SaturdayNight #ImSoExcitedToGetIntoBedIDontEvenKnowWhatToDoWithMyself #NotWashingMyFace #GoodNight.”

“The party felt fun, relaxed and natural,” a second source tells PEOPLE. “Most of the guests were congregating at the bar.”

After friends and family gave heartfelt speeches in honor of the birthday girl, a concert featuring Keith Urban kicked off.

And while some guests brought presents, the first source says, perhaps the best gift was when, “later in the evening, Taylor performed for Reese.”

Swift sung her hit song “Shake It Off” as fellow partygoers hit the dance floor.

“This beauty gave a little surprise for our bday,” Hudson wrote on one video, adding “Happy birthday Reese, we love you!”

Hudson left the party with pal Erin Foster, who jokingly gave her a mini interview on the ride home.

“Don’t you think being a movie star you should be going home with a hot guy instead of me?”

The actress later shared a video of herself playing with Snapchat’s filters, writing that she was getting home after 2 a.m., noting it was “past our bedtime.”

“It was a great party. When Reese left at 2 a.m., she was in the best mood,” the source adds. “You could tell that she had the best time celebrating her birthday.” 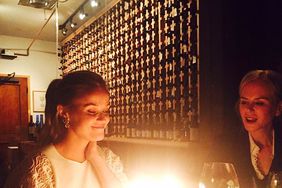 'This Is 40': Reese Witherspoon Spends Birthday Dinner with Nicole Kidman 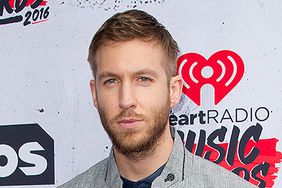 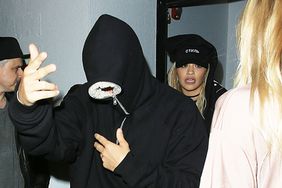 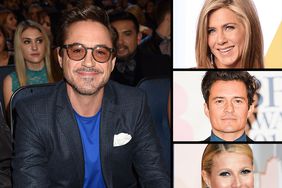