The star weds the entertainment agent in a private ceremony at her estate in Ojai, Calif.

The couple, who became engaged in December, tied the knot in a private ceremony at Witherspoon’s ranch estate in Ojai, Calif.

A pre-wedding cocktail hour took place before the 20-minute ceremony, which started a bit late. Witherspoon walked down the aisle to “Here Comes the Bride.” Monique Lhuillier designed the wedding dress.

Tucked away between rolling hills, the Ojai Valley property offers Witherspoon and her kids plenty of privacy.

Sources have told PEOPLE that the kids bonded easily with Toth early on in his relationship with their mom.

“He’s a grownup who’s really ready to take the next step,” a source told PEOPLE about Toth around the time of the pair’s engagement. “He’s a family-oriented guy, and that’s all she ever really wanted.”

And in the run-up to the nuptials, Witherspoon was “very giddy,” added the insider, and “excited to see what the future holds.” 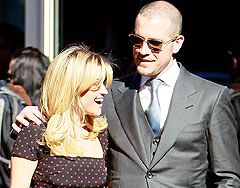 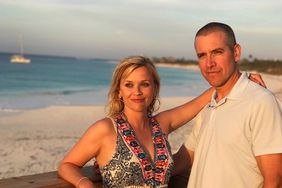