Reese Witherspoon is ready to make it official with boyfriend Jim Toth: The couple are engaged, PEOPLE confirms.

The Oscar-winning actress, 34, and Toth, 40, began quietly dating last January and quickly grew serious about each other.

In October, a source close to Toth, an agent at Creative Artists Agency in Los Angeles, told PEOPLE he was smitten with Witherspoon.

“Jim knows Reese is the one for him,” the source said. “It’s what he’s been waiting for. [Getting engaged] is a natural step for them.”

Witherspoon was equally thrilled with the relationship, a source close to the actress told PEOPLE at the time. “Reese quickly realized that Jim was someone that she felt safe with and could count on,” the source said.

Just as important, Toth bonded easily with Witherspoon’s children, Ava, 11, and Deacon, 7, who she had with her ex-husband Ryan Phillippe.

“They have vacationed together with Reese’s kids and everyone [got] along great,” the source added.

Months before that, a source close to Witherspoon described a relationship on the fast track, with Witherspoon happy to be with someone “who’s more mature and in a place in his life where he’s ready to settle down. I think for the first time in a very long time, she feels as if she’s with a grown-up.”

Witherspoon’s relationship with Jake Gyllenhaal ended in 2009. She split from Phillippe in 2006 after seven years of marriage.

Witherspoon currently stars in the romantic comedy How Do You Know. She won an Oscar in 2006 for her portrayal of June Carter Cash in Walk the Line.

• With reporting by JENNIFER GARCIA AND PERNILLA CEDENHEIM 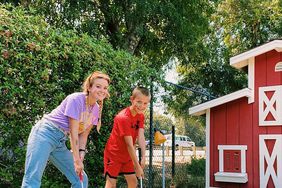 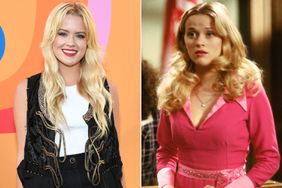