"No one's more disappointed than us," Red Hot Chili Peppers' drummer Chad Smith wrote on Twitter after canceling the performance

The Red Hot Chili Peppers canceled their headlining gig at KROQ’s Weenie Roast after Anthony Kiedis was hospitalized on Saturday in Los Angeles due to extreme stomach pain, according to Billboard.

A rep from KROQ told Billboard that Keidis was taken from the Irvine Meadows Amphitheater in an ambulance.

Band member Flea announced the hospitalization onstage, telling disappointed crowd members that Kiedis was “on his way to the hospital right now and we’re unable to play this evening.”

“We are devastated about it,” Flea said. “We’re really sad. We love you so much. We love to rock… Unfortunately, there’s a medical thing that happened and he needed to deal with it.”

A rep for Kedis did not immediately respond to a request for comment.

Later, taking to Twitter, drummer Chad Smith wrote, “No one’s more disappointed than us that we couldn’t perform tonight. Sending love and a speedy recovery to my brother Anthony.” 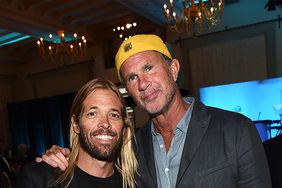 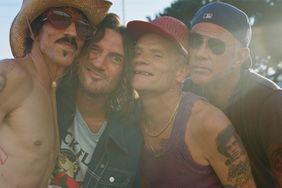