With help from a voice coach, the TV star hopes to avoid surgery on her vocal cords

As she celebrates the 500th episode of her talk show, Rachael Ray is exhaling a sigh of relief – and learning to breathe.

After being diagnosed with a benign cyst on her vocal cords last year, Ray started working with a vocal coach who has helped her alleviate the stress on her larynx. “I have learned how to breathe, to use my cords differently,” Ray, 40, tells PEOPLE. “I had been tilting my head in a way when I talked that wasn’t good for my throat. I’ve been working on all of that, and it seems to be helping.”

Last year, the TV cooking star and talk show host planned to have surgery to remove the cyst. But days before surgery, Ray’s vocal coach and doctor gave her a reprieve from the procedure that would have rendered her silent for several days.

“It was decided that … through voice therapy, in six months my vocal cords would be as good as can be,” says Ray. “Now I see my vocal coach twice a week, and it’s really helped a lot.”

But is she out of the woods? Although she temporarily lost her voice last week, it soon returned. Ray told PEOPLE that she’ll revisit the surgery idea in the future if she thinks she needs it.

Ray’s distinctive voice will be on display during the 500th episode of her eponymous talk show, to air Wednesday with special guest stars Barbara Walters and Matthew McConaughey.

Ray and McConaughey filmed some of their segment together at Cissi’s Market & Wine Bar in Austin, where they shopped for fresh produce. “He is so much fun and is such a genuinely good guy,” Ray says. “Down to earth and just really fun. He talked about his love of music and was a great part of our 500th celebration.” 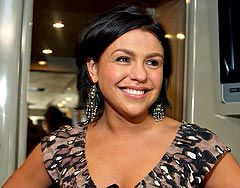 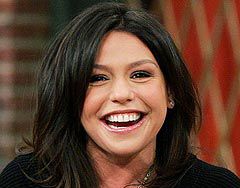 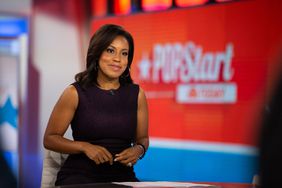