The influential musician succumbs to prostate cancer at his L.A. home

Rock and Roll Hall of Famer Johnny Ramone, guitarist with the influential punk rock band the Ramones, died Wednesday afternoon after a five-year battle with prostate cancer. He was 55.

Ramone died in his sleep at his Los Angeles home, the Ramones’ creative director, Arturo Vega, tells Reuters. He is the third member of the band to die in recent years.

The Ramones officially broke up in 1996, after 21 studio and live albums. The only survivor of the group is drummer Tom Erdelyi.

Johnny Ramone, 55, was born John Cummings and grew up in Forest Hills, N.Y., soaking up rock in the ’60s but then moving to an edgier sound. In the early ’70s, he teamed with Colvin, Hyman and Erdelyi, donning identical ripped jeans and black leather jackets and forming the Ramones.

Their fan base grew fast, and their biggest hits (which were more groundbreaking than they were commercial) included “Rock ‘n’ Roll High School” and “I Wanna Be Sedated.” It was Johnny Ramone who invented the machine-gun down stroking that defined punk rock.

On Sept. 12 in L.A., Vedder, Zombie, and the Chili Peppers performed at a Ramones 30th anniversary tribute concert, though Ramone, too sick to attend, could only speak to the audience by phone.

The musician will be cremated in a private ceremony Thursday, and plans are being made for a public memorial, including the eventual unveiling of a statue, Vega added. 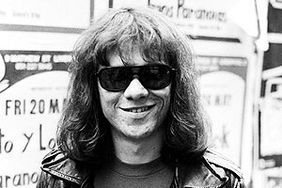 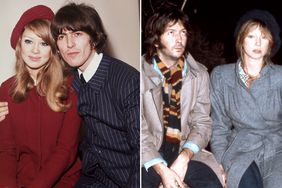 The Most Infamous Love Triangles in Rock History