Family lays the Crocodile Hunter to rest; a public memorial will be held later

“Crocodile Hunter” Steve Irwin was privately laid to rest in a low-key ceremony in Queensland, Australia, his father, manager and friend said at a press conference Monday.

Irwin’s close pal Wes Mannion said, “On Saturday afternoon, my best mate was set to rest.” The service, he said, “was attended by all the Irwin family, (Irwin’s wife) Terri’s family from America and some of Steve’s closest friends and workmates.”

“Because Steve loved the bush so much and yarning around the campfire,” said Irwin’s father, Bob Irwin, “the service was held just like he would’ve wanted, with everyone telling their favorite stories about him, and around a candlelit fire.”

The 44-year-old conservationist and TV personality was killed Sept. 4 after being struck in the chest by a stingray’s barb while filming a documentary on the Great Barrier Reef. Donations in his memory have poured into Irwin’s Wildlife Warriors charity, while flowers, cards and his trademark khaki shirts have been left at his Australian Zoo, which was also the site of the press conference.

Mannion also told reporters, “We are planning to have a public memorial next Tuesday or Wednesday, at somewhere like Suncorp Stadium (in Brisbane). The finalizing of this venue will only take place after the Queensland Police have assessed the suitability of all possible sites. We will keep you updated over the next day or so to the exact day and time.”

He added that the matter of the burial would be kept private.

The memorial is “to be a celebration of his life, not a sad funeral,” said John Stainton, Irwin’s manager. “Steve would not have wanted us to have everyone around, you know, crying and saying how sad he was. We want everyone, really, to come along and enjoy what his life was about.”

As for how Irwin’s widow Terri and their two children – daughter Bindi, 8, and son Robert, who turns 3 in December – are getting along, Mannion tells PEOPLE, “Terri is a fantastic mum, and you know they’re all working together, and Bindi’s just an incredible, incredible girl, so between them all, they’re all a good family. We’re chipping in and doing the best that we can.” 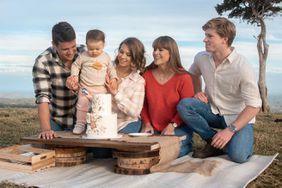 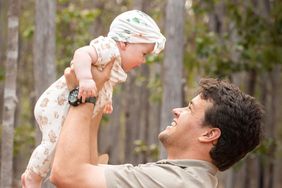