There's a reason snapshots with these stars are so coveted

By Grace Gavilanes
Trending Videos
01 of 28

"Good company," Theron shared on Instagram following the 2020 Oscars. The star was in great spirits, as she was nominated for Best Actress for her portrayal of Megyn Kelly in Bombshell.

It's a "super" selfie! Salma Hayek snapped a shot with fellow famous costars Kumail Nanjiani and Angelina Jolie while filming their upcoming Marvel movie, The Eternals, on Dec. 11.

"Gosh am I so lucky," she captioned the photo, reflecting on her relationship with her costars. "I thought I was just going to be working with great actors playing aliens; little did I know, I was going to befriend amazing human beings."

Nanjiani also posted the shot, which he teasingly captioned, "Me and a couple of up and comers."

The Cast of Friends

The One Where Jen Gets Instagram! Jennifer Aniston temporarily crashed the social media app when she joined on Oct. 15 and fans rushed to follow her account. The Morning Show star delighted fans with her debut photo: a smiling cast reunion selfie.

Cheers to making memories (and movies)! Emilia Clarke and her Last Christmas co-stars Emma Thompson and Henry Golding sipped martinis while filming with director Paul Feig, and couldn't resist commemorating the occasion with a silly selfie.

She shared the shot to Instagram on Feb. 1, 2019, writing that the movie had "shaken and stirred my heart to bursting."

Richard E. Grant couldn't help himself from snapping selfies with his peers at the annual Oscar nominees lunch on Feb. 4, 2019 - and who could blame him?

The Can You Ever Forgive Me? actor, who is nominated in the Best Supporting Actor category at this year's show, could create a veritable photo album of all the A-list selfies he snagged at the lunch. He shared the sweet and blurry shots to Twitter, which included pics with Sam Elliott, Glenn Close, Bradley Cooper, Lady Gaga, Spike Lee and Rami Malek, to name a few.

"This is now getting beyond 'pinch yourself' - more like 'punch yourself,'" Grant joked, adding "Living the dream" alongside a handful of smiley emojis.

I spy with my little eye... an awkward encounter between two secret agents? Elba posted a selfie of his run-in with Craig at the Golden Globes, jokingly acknowledging the rumors that he's set to take over the role of James Bond, which Craig has played since 2006.

The Globes are a rather, well, golden opportunity for celebs to meet and mingle with fellow stars who they admire - just ask Christian Bale and his wife Sibi Blazic, who couldn't resist snapping a smiling selfie with Melissa McCarthy and her husband, Ben Falcone.

Even Gwyneth Paltrow gets star struck! The ultra-cool Goop founder couldn't resist a selfie-op when screen queen Julia Roberts stopped by her podcast. "PINCH ME I AM HER NUMBER ONE FANGIRL SINCE 1988 WHEN I SAW SATISFACTION (I still standby that movie)," an enthusiastic Paltrow captioned the twinning pic.

Keith Urban and wife Nicole Kidman snapped a not-so-spooky selfie disguised as a ninja and a cat on Halloween.

Queer Eye's Tan France and the rest of the Fab Five made the rounds during the 2018 Emmy Awards, scoring selfies with major celebs and even prompting Mandy Moore to exclaim, "I've already won! I can go home now!" after she grabbed a picture with them - which pretty much sums up how we'd feel about life in general if we managed to sneak into a selfie with any of the Fab Five members or their celeb fan club.

France echoed Moore's excitment in the caption of his selfie with Tina Fey and Maya Rudolph: "And then I died. Happy."

Host James Corden is basically all of us in this clip from The Late Late Show, in which he grows despondent at the idea of moving on from his Ocean's 8 costars (and who wouldn't? Just look at all that female star power - Sandra Bullock! Cate Blanchett! Mindy Kaling!). He imagines how they would all say goodbye if they were graduating; cue the letterman jackets, duck faces, disposable cameras and extreme FOMO.

Andy Cohen couldn't help himself (who can blame him?) from snapping a selfie with 2018 Met Gala co-chair Rihanna and his annual date for the evening, BFF Sarah Jessica Parker. "Two icons in two distinctive headpieces. My thirst for a selfie won out," he admitted in his Instagram caption.

A selfie's worth a thousand words ... and this one of Nicki Minaj and Cardi B (along with Jeremy Scott, who designed Cardi's heavenly ensemble) silenced all rumors of a feud between the two rap queens. That is, until a physical fight broke out between them at New York Fashion Week four months later.

Kim Kardashian West is hands-down the selfie queen; a quick skim through her book of them, Selfish, is empirical proof. And while she may have announced in June that she "doesn't like them anymore" - and then promptly posted an underwear-clad mirror pic - sis Kylie Jenner happily continues to carry the torch. To be sandwiched between these two would be any selfie-lovers dream. The only thing that could make it better? Adding Ariana Grande in the middle.

Following in Kylie's 2017 footsteps, Karlie Kloss, Tiffany Haddish and Priyanka Chopra snuck some bathroom selfies in at the 2018 Met Gala. Honestly, the gala itself seems amazing and all, but the bathroom is really the place to be if you're trying to get in on these secret selfies.

Stella McCartney snapped one of the ultimate star-studded selfies of the 2018 Met Gala: Pharrell Williams, Naomi Watts, Ariana Grande and Salma Hayek - it's honestly shocking that so much star power fits into one frame.

During Justin Timberlake's 2018 Superbowl Halftime Show, he paused to take a selfie with a lucky young fan - who quickly became a viral sensation and meme inspiration for seeming to be more focused on his phone than Timberlake's performance. Honestly, in this situation, we probably would have forgotten to take a selfie altogether - JT's moves and proximity would likely have proved rather, er, distracting.

Spielberg commemorated a close encounter with some of his famous friends in December 2017 with a snapshot to remember. The Oscar winner put himself in front of the camera at The Post premiere, directing a selfie with his wife, Kate Capshaw, Meryl Streep, Tom Hanks, Rita Wilson and Bob Odenkirk.

Although there's a strict "no selfie" rule at the annual Costume Institute Gala, the restriction didn't stop Kylie Jenner from rounding up fellow famous guests (Kendall! Kim! Brie! Paris!) in the bathroom for a group pic in May 2017.

Nothing sounds more appealing than topping off a Bradley Cooper and Gerard Butler sandwich at Wimbledon, TBH. Squeeze in tight, fellas.

Although the Queen isn't the biggest fan of selfies, her dismissive attitude toward the favored photo snapping technique was nowhere in sight when she willingly smiled in a selfie with two Australian hockey stars. Who else can say they've taken a pic with royalty? (You know, aside from Serena Williams.)

Because we've been following Mary-Kate and Ashley Olsen's careers since their start on Full House, it makes sense that we'd want to accompany them on their social media journey a.k.a. taking their first-ever publicly shared selfie.

In case Serena Williams's impressive skills on the tennis court haven't turned you into a believer just yet, this encounter between the tennis champ and Princess Kate at Wimbledon 2016 will. "I'm in the 'in-crowd' now - I'm with royalty!" Williams exclaimed on Snapchat, documenting the moment she met Prince George and Princess Charlotte's mom. Think they scheduled tennis lessons for the pint-sized royals?

While snapping a selfie with selfie queen Kim Kardashian West may be very high up on our (and the world's) bucket list, Kylie Jenner and Blac Chyna's surprise bathroom shoot on Snapchat reigns supreme. Plus, you just know Kylie would choose the most flattering filter to highlight your contouring skills.

Quite possibly the most star-studded selfie ever taken, Ellen DeGeneres's 2014 Oscars snap brought together Jennifer Lawrence, Brad Pitt, Angelina Jolie, Meryl Streep and a slew of other actors for the ultimate photo op. It may have been a crowded impromptu shoot, but we'd have zero issue trying to squeeze in next to Channing Tatum in the back there. In fact, that would make this coveted selfie an absolute dream come true.

After a laugh-inducing game of Heads Up where the iconic duo acted out "spooning" and "getting waxed," the two talk show legends made sure to snap a quick selfie, which Oprah later posted to Instagram.

Then-President Barack Obama and Vice President Joe Biden took their bromance (and Instagram, and our hearts) to the next level when they debuted their first joint selfie on Biden's account in 2014. We're grinning just looking at it!

He may be the head of the Catholic Church, but that doesn't mean Pope Francis isn't above taking selfies - and being really good at them. One lucky pair of newlyweds scored a coveted selfie with His Holiness in 2014 … and we wouldn't be surprised if it's still their Facebook profile picture, four years later. 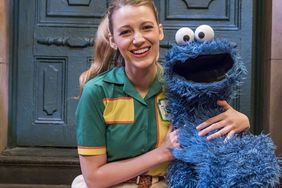 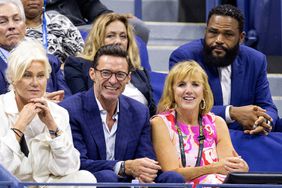