The History of Prince's Love Symbol: 'He Didn't Feel Like He Was Prince Rogers Nelson Anymore'

"It's called the love symbol, because everything he did, he did with passion and love," says designer Sotera Tschetter

When Prince changed his name to a symbol, nobody knew how to write or say his new name, but everyone took notice of the change.

The symbol was originally created for Prince in 1991 as a logo to be featured on his upcoming album and in his concert sets. It wasn’t until two years later that it became his temporary name after signing a lucrative deal with Warner Brothers record label.

“When he signed the contract he didn’t feel like he was Prince Rogers Nelson anymore,” says Sotera Tschetter, art director for Prince from 1990 to 1993, who helped create the design along with Mitch Monson and Liz Luce. “And so he adopted the symbol as his name – to say, ‘Hey I’m not that person, that sellout, I’m unique’ – in 1993.”

“At the time [the symbol was created], he was dating [ex-wife] Mayte [Garcia] and he was very much into mythology,” says Tschetter. “That really drove his intent to create this icon.”

For more on Prince’s private world and tragic death, pick up this week’s issue of PEOPLE on newsstands Friday

So what does the symbol mean, anyway?

“Our job as designers was to execute Prince’s vision. The unification of the male and female symbol to equal love,” says Tschetter.

“If you look at what it embraces, in the end it’s a symbol that says a lot about him,” she continues. “You look at the male and female and combine into two – it’s unification. And together they are earth. It’s called the love symbol because everything he did, he did with passion and love.” 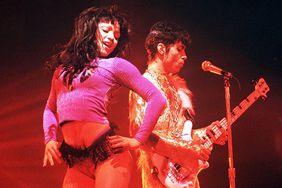 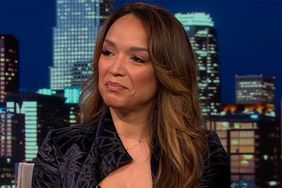 Prince's Former Music Publicist Is 'Stunned' by Death: 'It's Hard Not to Feel Like Something Has Been Taken from You' 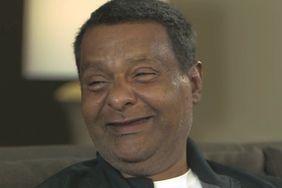