TEST -- Is Prince William Wearing Red on His Wedding Day?

Due to a new British army title, the prince may wear a scarlet jacket down the aisle

On April 29, Kate Middleton‘s wedding dress will be the most talked-about article of clothing on the planet. But what about her groom’s outfit?

Prince William may have a new choice for his own wedding attire – and it’s a real eye-catcher.

The prince, 28, has been named Colonel of the Irish Guards in the British Army, Buckingham Palace announced Thursday, and experts are suggesting that he may wear the ceremonial uniform for the Colonels: a grand-looking scarlet-colored jacket and black trousers with piping to match the jacket.

PHOTOS: British Royals: The Next Generation

Up until now, it had been widely speculated that William would wear his (far more traditional) Royal Air Force uniform when he walks down the aisle of Westminster Abbey.

“Seeing as the appointment has just been made, he jolly-well ought to wear [the colonel uniform],” historian Hugo Vickers tells PEOPLE of the new choice.

“One of the “guests” at the royal wedding will be the television cameras and they will love the red,” says Vickers. “The uniform is very smart.”

Although he’s a serving RAF helicopter pilot, this is William’s first honorary appointment in the British Army (which he entered via training at Sandhurst in 2006), and he will be the Irish Guards’s first Royal Colonel. The Queen is Colonel-in-Chief, and she approved her grandson’s new title.

The Palace would not comment on which outfit the prince will wear, saying only that William is wearing “a military uniform on his wedding day.”

Way to keep up with Kate on the fashion speculation, William! 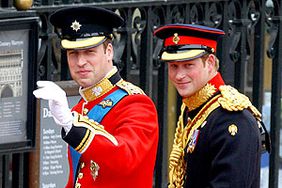 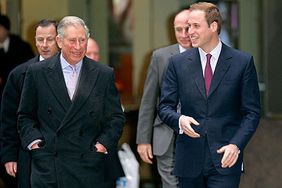 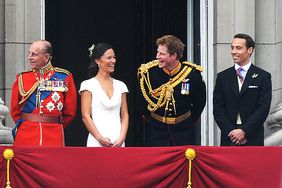 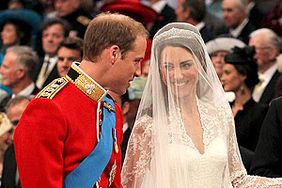 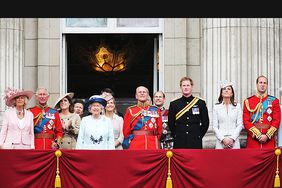