Prince William dropped out of the London scene for a week to visit Nashville and his friend Anna Sloan, a 22-year-old student. (According to a family friend, the two are close pals – but nothing more – who got to know each other at school in Scotland.)

The 22-year-old royal heir stayed at Sloan’s farm in Williamson County, where he “swam in the pool and mostly socialized at the house,” according to a Nashville source.

William also hit a local mall with five friends, picking up a pair of $69.50 blue jeans at Abercrombie & Fitch. Says one of the female clerks: “I didn’t even realize who he was until a couple of his friends with English accents wanted the clothes off the mannequins, and I told them no. They were really cute. All the women wanted to wait on them.” The Brits shopped for about 25 minutes. “As Prince William was walking out, his friends said, ‘See, we can’t take you anywhere,’ because of the commotion of the girls at the register.”

Later came dinner at Sperry’s, an upscale restaurant where William and his party, which had swelled to 15, split the $600 tab. He ordered a blue-cheese-stuffed, bacon-wrapped filet mignon and creamed spinach. The table shared 12 bottles of house wine, mostly red. “They were really laid back and they were laughing and cutting up and having fun,” says the manager. And how were the prince’s manners? Impeccable. “He left a good tip,” says their waitress. “They were generous.”

Anne, the Princess Who Pulls Her Own Weight, Comes to Nashville for a Little Horseplay and Charity 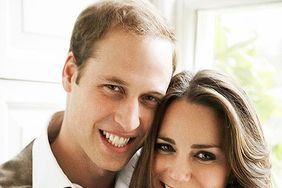 Kate Turns 30: A Look Back at Her First Royal Year