Kate Middleton, however, will get a ring fashioned from royal Welsh gold

For her, a band of royal gold. For him … a bare ring finger!

A spokeswoman at the palace tells PEOPLE, “There is only going to be one ring, in accordance with the couple’s wishes.”

Not to worry, royal watchers: Kate Middleton will have a wedding band, and it will be made from Welsh gold.

A tiny amount of gold mined from the Welsh mountains (not far from where the couple will start their married life on Anglesey,) has been kept in the royal vaults since it was originally presented to William’s grandmother, Queen Elizabeth.

The Queen has “given a piece of the gold that has been in the family for many years to Prince William as a gift,” a palace source says.

An expert craftsman, unnamed by the palace but likely to be the Crown Jeweler Harry Collins, has been tasked with fashioning the nugget into a piece for Kate.

Worth noting: Prince Charles does wear a wedding band – sometimes spotted underneath his signet ring. 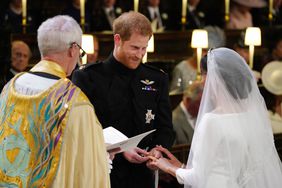 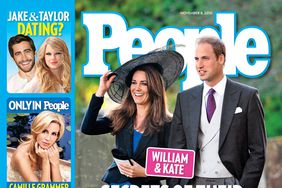 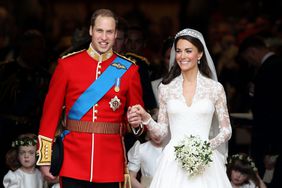