Prince William Inspired to Follow in His Mom's Footsteps

Plus, he reveals early dreams of being a policeman and what he would do if he were invisible!

Prince William sees himself carrying on his mother’s legacy.

Less than a week since he movingly spoke about the emptiness he feels since Princess Diana’s death in 1997, he went on a U.K. children’s show to talk about how his patronage of London’s Royal Marsden Hospital is something that would make mom proud.

“For a very long time my mother was involved with the Royal Marsden, and she had a very close connection with them … So I wanted to follow in her footsteps, in that sense, and help,” he told CBBC’s Newsround show for 6- to 12-year-old children.

Diana opened the current children’s unit in 1993 and the prince, 26, is lending his support to the building of a special Children’s and Teenage Cancer Centre.

“I’ve learned so much and met so many incredible people who have been unfortunate enough to, you know, have cancer – and most battle through it and have dealt with it in an incredibly inspirational way,” he said after spending time with 10-year-old Alice, a cancer patient at Royal Marsden.

William is currently undergoing training to be a Royal Air Force search and rescue pilot. But, when he was a boy, he dreamed of being a cop.

“A long time ago I wanted to be a policeman, when I was younger,” he said. “I soon learned that probably wasn’t a good idea.” But his piloting is a success, he added on the show. “At the moment I’m still doing some sort of helicopter flying, doing search and rescue – It’s going very well.

“My instructors would probably say, ‘Not so well,’ but I think it’s going not too badly. I haven’t managed to dent any of the aircraft [and] I haven’t flown into any trees yet.”

And there is clearly some sibling rivalry between him and younger brother Prince Harry, 24, who is also learning to fly at another base with the Army Air Corps.

When asked who would win an arm wrestle between the two brothers, he said, “You know the answer to that! It’s not even a contest. Obviously I’d win. As the bigger brother you have that psychological power over your brother, you see.”

With some light-hearted mischievousness, William put the young interviewer at ease when he responded to what he would do if he were invisible. “I’d probably get myself in a lot of trouble,” he said. “I’d probably go into the newspaper office, and I’d hide in the background and listen to all the stories they talk about me.” 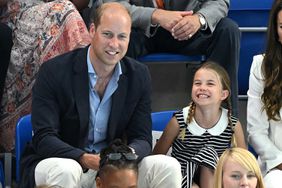 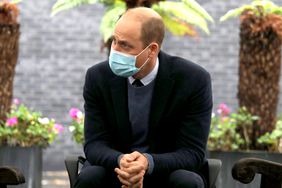 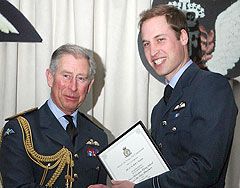 Prince William Gets His Wings 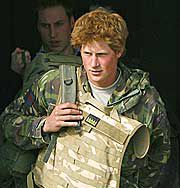 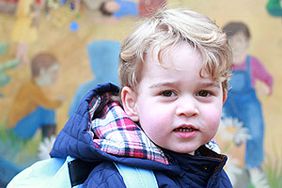