Prince May Have Struggled with a 'Serious Illness' Before Sudden Death, Source Says: 'People Close to Him Were Very Concerned'

brightcove.createExperiences(); Prince may have been struggling with an “ongoing illness,” which weakened his immune system prior to his shocking death Thursday at age 57, a source tells PEOPLE.

An autopsy scheduled for today will help determine what caused the star to collapse in an elevator at his beloved Paisley Park estate.

Though a report in TMZ claims that Prince had been hospitalized for a drug overdose less than a week before his death, a source who worked with him a few years ago believes he was grappling with a serious and ongoing illness at the time.

“The people close to him were very concerned for his health and indicated he’d been undergoing treatments which made his immune system weak,” the source tells PEOPLE.

The Purple Rain icon’s death comes a week after his private plane made an emergency landing, and the star was rushed to a hospital in Moline, Illinois, but released three hours later. His rep told PEOPLE at the time that the star was still fighting a prolonged battle with the flu.

Although the privacy-loving star generally kept mum about his personal life, collaborator and friend L.A. Reid said told the Today show on Friday that his pal was “clean” and a committed vegan. 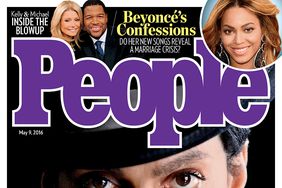