That black-haired mystery man Prince Harry‘s ex-girlfriend Chelsy Davy has been spending so much time with lately isn’t the new love in her life. Quite the opposite, in fact: The mystery man is Prince Harry himself.

The couple, who split in January, apparently have been sneaking weekends together in London.

The latest rendezvous saw Harry, 24, don a black wig to hide his ginger hair to party with law student Davy, 23, at the London nightclub The Lightbox on Friday, the U.K.’s Daily Mail reports.

A source confirms to PEOPLE that the pair are definitely back on again. But it is unknown how much time they have to spend together, with Davy about to take final exams at Leeds University, and the prince rigorously training to fly with the Army Air Corps. Among the issues that led to their split were their differing interests and his commitment to the military.

In reuniting with Davy, Harry is repeating the pattern of his brother, Prince William, 26, who split with longtime girlfriend Kate Middleton in 2007 only to get back together with her after about two months.

Since the January break-up with Davy, Harry has been linked with other women who all turned out to be dating other people in his set or simply close friends of the royals. 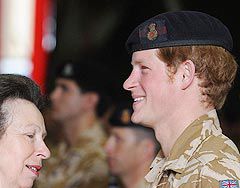 Prince Harry Gets Medal as Chelsy Cheers Him On 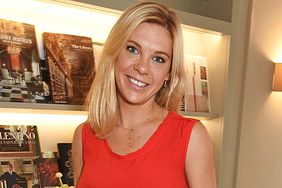 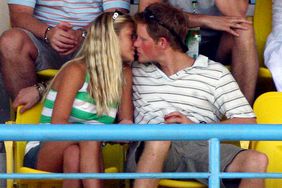