Tamron Hall Shares Touching Memories of Her 'Best Friend' Prince: 'It Just Turned Into One of the Most Incredible Friendships and Relationships of My Life'

"This is the person I communicate with more than anyone," Hall said of her friendship with Prince

Tamron Hall is mourning the loss of her “best friend” Prince, and opening up about the special connection she shared with the music icon.

Hall spoke with NBC News and MSNBC’s Craig Melvin on Friday, revealing that she spoke with Prince just days before his unexpected death.

“Monday I was in a restaurant. I videotaped the restaurant’s ambiance music, which was one of his songs,” she recalled. “I texted him – emailed him and I said, ‘You know, you’re everywhere.’ And then he wrote back, ‘But nowhere at the same time.’ Which is, again, how Prince communicates. And then he eventually wrote back, ‘You’re thinking of me because I’m thinking of you too.’

Hall, 45, said she never imagined that a simple email conversation would be her final correspondence with Prince.

“You understand, in my life, the only other person I spoke with or speak with more than Prince is my mother,” she said. “This is the person I communicate with more than anyone.”

Hall said she first became connected to the singer-songwriter when they bonded over “his interest in news” and “family,” and over the years, they continued to grow closer. “It just turned into one of the most incredible friendships and relationships of my life.”

Prince was pronounced dead on Thursday when he was found unresponsive in the elevator of his beloved Paisley Park home and studio in Chanhassen, Minnesota. He was 57.

His death comes just a week after his private plane made an emergency landing so the star could be rushed to a hospital. His rep said he was fighting a prolonged battle with the flu.

The NBC News correspondent said she spoke to Prince shortly after hearing news of the emergency landing.

“I emailed him on Saturday and I said, ‘Prince, are you okay?’ He immediately wrote back, ‘Are you okay?’ And that was kind of a joke thing that we would do sometimes,” she recalled. “He said ‘Call me.’ I called him and we talked for nearly three hours, which was not uncommon for us to do.”

She said Prince never showed any signs of weakness or failing health over the phone.

“I did not hear anything that sounded like the flu or the cold but, you know, all of our bodies are different. And we didn’t really talk a lot about it. I didn’t press him on what happened. It was clear that he did not want to elaborate on it,” she said, adding that he even invited her to one of his upcoming events. “I took the fact that he was hosting something and wanted me to be there as a sign that he was okay, so I never felt the need to ask again what was wrong.”

In the wake of his death, Hall said she considers herself a “lucky person” to have known and loved Prince and will forever cherish her private memories with him.

“He protected his privacy, he protected the privacy of his friends. And even though I’m talking about him today and with you and on our show, there are just great things about him I wish I could tell people, but he wanted them to stay private,” she explained. “He didn’t want people to know all of the ways he helped other people. He did it as this silent angel, including how he helped me in my life on many occasions.”

Hall said she was confident that his legacy would continue to live on.

“I’m sorry for the world losing this gift, but he’s not gone. He is not gone.” 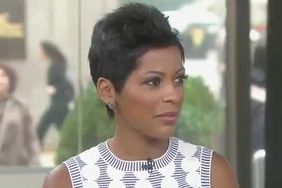 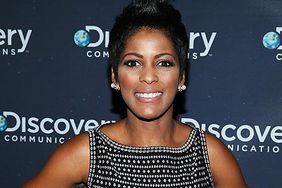 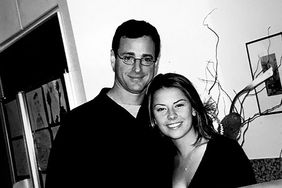