Love Is Love: Our Favorite Photos from This Weekend's Pride Festivities

A New York City resident flies the rainbow flag during a June 24 rally at Pier 26.

In San Francisco on Sunday, a show of solidarity to the victims of the Orlando nightclub massacre.

Balloons spelling the word 'PRIDE' float above the crowd in the Houston pride parade.

In London, a parade-goer gets all decked out in royal attire for Saturday's festivities.

LGBTQ allies in the Philippines march around Manila's Rizal Park showing their support.

A flyover during Saturday's parade in London features several colors of the rainbow.

A woman marching in New York City brings the drama.

No dress is too fancy for pride festivities in the fashion capital of the world, Milan.

Orange Is the New Black's Natasha Lyonne and Samira Wiley greet the crowd from their float in the N.Y.C. parade.

Also in New York City, the NYPD shows off a car decorated especially for the occasion.

They say it best: Houston Proud.

One way to show your support? A multi-colored mani, like this celebrator flaunts in San Francisco.

A rainbow flag full of positive messages makes its way down the Houston parade route.

As the day winds down, the spire of New York City's Freedom Tower lights up in a rainbow of colors. 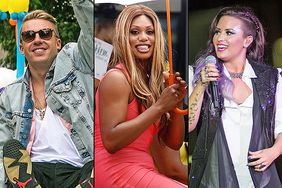 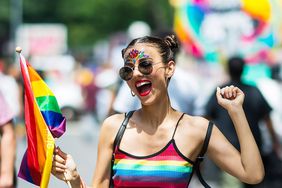 Feeling Proud! See How Stars Are Celebrating 2018 Pride Month in D.C., Tel Aviv & Everywhere in Between 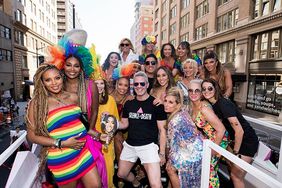 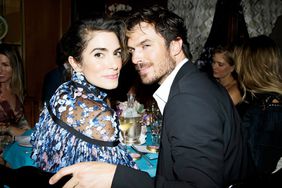 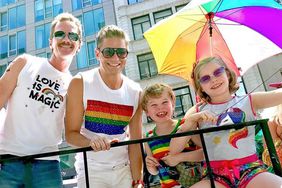