The president goofs off in a new Buzzfeed video to promote Healthcare.gov

Just because you’re the leader of the free world doesn’t mean you can’t use a selfie stick – at least when no one’s watching.

Never afraid to poke fun at himself, President Barack Obama stars in a hilarious new Buzzfeed video promotion for Healthcare.gov, titled “Things Everybody Does But Doesn’t Talk About.”

Some of those things include making Zoolander faces in the mirror, sketching doodles of Michelle, mispronouncing the word “February,” and of course, practicing the perfect selfie.

At one point, when his chocolate chip cookie won’t fit in a glass of milk, the president echoes the sarcastic catchphrase, “Thanks Obama.”

As he did last year on Zach Galifianakis’s web series Between Two Ferns, Obama hopes the parody will inspire young people to sign up for healthcare before the Sunday deadline.

In case any millennials weren’t clear on whom the video is targeting, Obama signs off with a tongue-in-cheek “YOLO, man!”

And judging by the president’s expert selfie stick form, it seems like his meeting with Kim Kardashian last year really paid off. 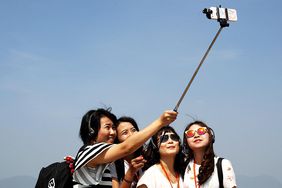 Now on the Endangered Species List: The Selfie Stick 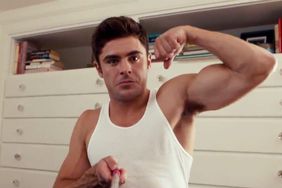 This Is the End: Selfie Spoons Are Officially a Thing 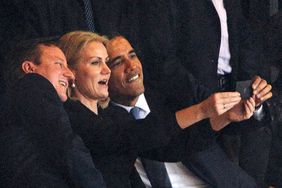