The author of the Harry Potter books, J.K. Rowling, and her publishers are being sued by a writer who claims that certain plot elements and characters in Rowling’s three runaway bestsellers (which have so far sold 19 million copies) all started with her. Nancy K. Stouffer of Camp Hill, Penn., claims in her federal lawsuit that certain names and entire concepts for the Potter series were lifted from her 1984 book, “The Legend of Rah and Muggles.” “I think coincidences happen, but I still say if it looks like a duck and acts like a duck, it’s a duck,” Stouffer told the Associated Press. Among the similarities: Stouffer’s book contains a character named Larry Potter. Stouffer also wrote of “muggles” — little people who look out for two orphaned boys. In Rowling’s books, “muggles” are what the wizards call humans. Stouffer also has characters called Keepers of the Gardens; Rowling’s books have a Keeper of the Keys. A spokesman for Scholastic Press, which publishes Rowling in the U.S., calls Stouffer’s suit “meritless.”

Rowling Sues for $100 Mil over Preview 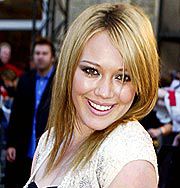