Israeli-born Natalie Portman, 18, best known for her turn last summer as Queen Amidala in “Star Wars: Episode I — The Phantom Menace,” is denying charges that she is a draft-dodger from her native country’s army. The Israeli daily Yediot Achronoth (as translated by the New York Post) quotes the actress, who came to America with her family when she was three, as saying: “I consider myself an Israeli, but I am not 100%, so I have not served.” Israeli citizens are required by national law to serve 21 months in the army once they turn 18. Portman, who now attends college in Boston, said she passed on an army call-up last year. “If I had gone to the army now, it would have postponed my college studies until I was 21.” Portman said her parents “surely wouldn’t have been happy” with that.

PASSAGES: 'Star Wars' Not for Natalie

Draft Everybody, Man and Woman, into Army or Civilian Jobs, One Expert Proposes 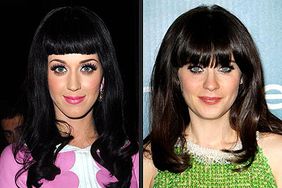