One Brick at a Time, Actor Wendell Pierce is Helping to Rebuild His New Orleans Neighborhood: 'There's a Lot to Love Here'

"I made myself a promise – I vowed to get my parents back into that neighborhood before they died," the actor, 52, tells PEOPLE

Six weeks after Hurricane Katrina hit New Orleans in 2005, actor Wendell Pierce of The Wire, Treme and Selma, was finally able to make it back to his childhood neighborhood in Pontchartrain Park to check out the damage.

“It was a like a nuclear winter – everything was totally destroyed and covered in gray and green,” Pierce, 52, who had fled with his parents shortly after arriving for a vacation, tells PEOPLE. Because the subdivision was located next to the Industrial Canal, “the entire neighborhood was under 20 feet of water,” he says. “The churches, the schools and 1,000 homes, including my parents’ house.”

Pierce couldn’t stop thinking about how hard his parents, Amos, a janitor, and Althea, a schoolteacher, had worked to buy their home, saving their money and battling racism and violence in the mid-1950s to move in.

“Their generation fought for everything they had – there was a great legacy of pioneers who got together to end segregation,” he says. “So I made myself a promise – I vowed to get my parents back into that neighborhood before they died.”

One year later, with his parents’ home rebuilt and refurnished, Pierce was approached by other families who had lost their homes in Pontchartrain Park.

“They asked me, ‘Can you help us to rebuild, too?’ ” recalls Pierce, who has homes in New Orleans, Los Angeles and New York City. “I knew right then that we owed it to the Moses generation to be the Jacob generation and make sure this neighborhood didn’t go away. It just meant too much to too many.”

Pierce called a community meeting and in 2007 started the Pontchartrain Park Community Development Corp., to buy back nearly 400 properties that had been sold to the government after the hurricane and begin rebuilding homes. To date, 40 homes have been rebuilt he says, “house by house, brick by brick and block by block.”

“There’s nothing more gratifying than watching it all come back to life,” says Pierce, who is still president of the corporation that is constructing geothermal and solar-powered homes to replace those that were lost. “This neighborhood gave me a great sense of stability when I was a kid,” he says. “I couldn’t stand by and watch it waste away.”

For those who live in the community, Pierce’s passion has not gone unappreciated.

“Wendell has done so much more for our community than just rebuild homes,” Gretchen Bradford, 51, tells PEOPLE. Bradford, whose home was destroyed by Katrina floodwaters and has since been rebuilt, grew up with Pierce and recalls a neighborhood where “everyone cared for each other in the way that it ‘takes a village to raise a child.'”

“Wendell was instrumental in building the morale up and encouraging us to fight to bring back our community,” she says. ” He is like my brother. He advocated for the return of our landmarks: the park, the golf course and our playgrounds, along with our well-being. I want to thank him for not turning his back on us.”

Adds Sheila Greenup, executive director of Pierce’s corporation, “In spite of his busy professional schedule, Wendell uses every opportunity to spread the word and help, and we are so grateful to him. His positive attitude is the glue that holds things together.”

One of three brothers who grew up in Pontchartrain Park, Pierce often heard his parents talk about buying their 1,500-square-foot home in the first New Orleans’ subdivision created for black families in 1955. The community featured modern, $13,000 ranch-style homes and a golf course – the only one in the city that allowed black people to play.

Pierce, who last year wrote a book, The Wind in the Reeds, about Hurricane Katrina and the recovery of his childhood neighborhood, starred from 2010 to 2013 as trombonist Antoine Batiste in HBO’s Treme, which was set in post-Katrina New Orleans. But his proudest moment, he says, was getting his parents back into their beloved home 16 months before his mother died in 2012.

“My neighborhood was literally born a couple of years after Rosa Parks stood her ground on that bus,” he tells PEOPLE. “It would have been a disservice to my mother and other pioneers of the civil rights movement to let this all go. That’s why I came home to help rebuild. There’s a lot of love here.” 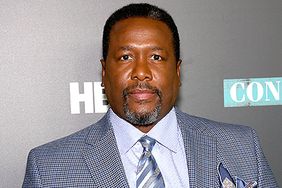 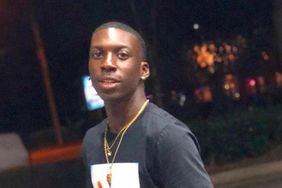 Soldier Tried to Help Victims in Ala. Mall Shooting Before Police Killed Him, Family Seeks Charges

Then and Now: New Orleans after Hurricane Katrina

New Orleans: Then and Now 'this Is My Home' 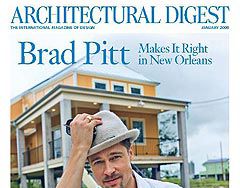