Where do divas go to rest their feet after a show-stealing performance on sports’ biggest night? In private luxury, of course.

Beyoncé spent her Super Bowl 50 weekend with all the comforts of home – and then some. The singer, husband Jay Z and daughter Blue Ivy rented a $10,000 a night Los Altos Hills, California home, from Airbnb, dubbed a “contemporary masterpiece” by the site.

The listing says guests are invited to help themselves to fresh vegetables from the rooftop garden, lemons from the 12 acre estate’s private orchard, or eggs from live, on-site chickens. After harvesting your own dinner, burn off the calories at the fully outfitted gym.

Bey, who performed her new single “Formation” during Coldplay’s half time show on Sunday, shared two photos from the rental on social media.

“It was a Super weekend Airbnb,” she wrote, tagging the website.

She perched by the pool, covered in a soft blanket in another, Instagram photo.

A source tells PEOPLE the star “had a police motorcade pick her up and drop her off at the house” before and after the Super Bowl. She also attended a private after party hosted by Coldplay at SP2 Communal Bar and Restaurant in Downtown San Jose on Sunday night.

Partying to tunes spun by Samantha Ronson, “everyone had the best time,” the source continues. “Jay and Beyoncé were super cute dancing and having a really good time.” 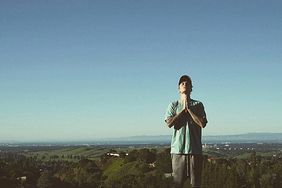 Justin Bieber Stays in the Same $10,000 a Night Airbnb as Beyoncé 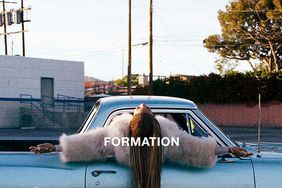