Former American Idol star Melinda Doolittle has been hard at work on her debut album, Coming Back to You, which hits shelves Feb. 3. People.com has a first peek at the singer’s video for her new single, “It’s Your Love.”

In this shot, Doolittle – who was a favorite on Idol‘s sixth season – struts down the streets of New York on a chilly winter day with Cindy Blackman, a drummer who has worked with Lenny Kravitz.

As for her album, Doolittle describes it to PEOPLE as “retro soul that has a touch of Motown, a touch of blues, a touch of Tina Turner in there – all of that.” 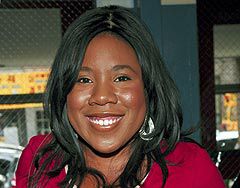