If you have to choose between taking Justin Timberlake and MVP quarterback Peyton Manning out for dim sum, here’s a tip from Justin himself: Take Peyton.

“I can’t even repeat what I said in the commercial,” Timberlake, 28, told PEOPLE on the Emmys red carpet about a recent TV spot the two filmed for Sony Bravia HDTV. “I think it is Mandarin.”

PHOTOS: Ten Emmys Moments You Didn’t See on TV
According to Timberlake, nailing the Chinese dialogue – which they spout as they play table tennis under the watchful eye of ESPN sportscaster Erin Andrews – was nearly insurmountable. 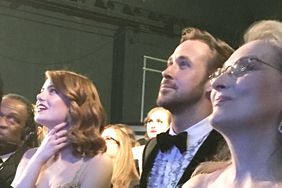