Sneak Peek: See 5 of the Famous Women Featured in Our Annual Beautiful Issue, Out Wednesday

Find out who made the cover of the issue on Wednesday morning on People.com

Quietly welcoming son Spencer amid the COVID-19 pandemic, Kaling, 41, also got real about the beauty in Kamala Harris's elevation to vice president in a moving post on inauguration day.

"She said. 'Is that mommy? It looks like mommy.' Best compliment I ever got!" Kaling captioned a photo of her 3-year-old daughter, Katherine. "It matters. Happy Inauguration everyone."

Already invested in beauty thanks to her Flower Beauty makeup line, the 46-year-old actress has spent the year focused on inner beauty, launching her eponymous talk show and lifting up the celebrities and everyday people she features on the series.

On Valentine's Day, she sent a message of unity to followers alongside a photo of her young daughters, wishing for everyone to be "wrapped up in love."

The singer found beauty in solitude during the pandemic, releasing new music (and winning a Grammy for it!) and continuing her string of good deeds.

Most recently Swift, 31, and her mother donated $50,000 to the family of a father who died of COVID-19. It followed her move in the early day of the coronavirus crisis, in which she helped fans make ends meet with surprise $3,000 donations.

The Schitt's Creek star said goodbye to her series by winning every possible award this season — everything from a Golden Globe and an Emmy to the Television Critics Association honors and Canadian Comedy Awards. She has one chance left at this weekend's SAG Awards.

In her Emmys acceptance speech, O'Hara, 67, thanked series co-creators Eugene and Daniel Levy for giving her a chance in the role of Moira Rose. "I will forever be grateful ... for the opportunity to play a woman of a certain age, my age, who gets to fully be herself," she said.

What didn't the 24-year-old accomplish this year? The Euphoria actress became the youngest woman to win best actress in a drama series at the Emmys, and was honored with the fifth-ever SeeHer Award at the 2021 Critics Choice Awards. Her work on-screen — and activism in real life — is earning her praise.

As Halle Berry told reporters in January, "At 24, that she can have an idea and go get it done and get enough support behind her to get that done and to give her the power and to keep the creativity, I think that says so much for where we have gotten and that is what makes me want to keep fighting, because of Zendaya, at 24, a Black woman can do that." 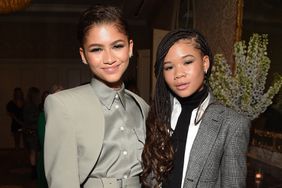 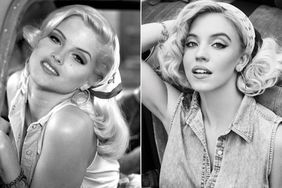 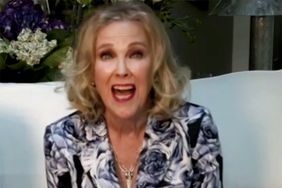