In 2004, Britney Spears and Kevin Federline tied the knot; in 1994, Johnny Depp was Hollywood's hottest bad boy and more from the PEOPLE archives

Just a few months after officially becoming the Duchess of Cambridge, Princess Kate experienced the dark side of royal life when photographs of her sunbathing topless while on vacation with Prince William made the front page of tabloids across the world. The Palace quickly came to the royal couple's defense, saying the photographers who took the photos with a long-lens camera "invaded their privacy in … a grotesque and totally unjustifiable manner," adding, "This incident is reminiscent of the worst excesses of the press and paparazzi during the life of Diana, Princess of Wales, and all the more upsetting to the Duke and Duchess for being so."
Also in This Issue: Kristin Cavallari welcomes son Camden with Jay Cutler

Five years after walking down the aisle, Moore and Kutcher's marriage took a hit when rumors of infidelity started swirling after a 21 year-old California woman claimed she had slept with Kutcher. Despite denying the rumors as nothing but "defamation of character," the couple did eventually split in 2012.
Also in This Issue: A year after the tragic death of their son Jett, Kelly Preston and John Travolta announce they are expecting their third child

After a long battle with pancreatic cancer, Dirty Dancing star Swayze died at age 57. "Patrick was a rare and beautiful combination of raw masculinity and amazing grace," his former co-star Jennifer Grey told PEOPLE, while friend Rob Lowe remembered him as "a real Renaissance man. He lived 100 lifetimes in one."
Also in This Issue: The Travoltas thank fans for their support after the tragic and sudden death of their son, Jett

Smith's joy at welcoming daughter Dannielynn turned to devastation when her son Daniel died suddenly at age 20. Adding to the shock and pain was the fact that Smith and her son were inseparable: "He did whatever his mom said, whether it be doing the dishes or laundry," a family friend told PEOPLE. "Come Friday or Saturday nights, he'd spend them watching movies with his mom and Howard Stern. They were glued together."
Also in This Issue: After 14 years of marriage, Whitney Houston files for separation from Bobby Brown

It was a whirlwind romance that ended just as quickly. Four months after Zellweger and Chesney tied the knot in a private beach ceremony, the actress suddenly petitioned for an annulment. "It's just a bad, heart-breaking situation," singer Shannon Brown – who attended the wedding – told PEOPLE. "It seems very surreal to be up on the hill watching them get married, shedding tears of joy, and having it come to this."
Also in This Issue: Britney Spears welcomes son Sean Preston with Kevin Federline

The Princess of Pop found a Prince when Spears and Federline tied the knot in an intimate, surprise ceremony (the couple scrapped their original wedding plans for last-minute nuptials with close family and friends). "It is great that this [wedding] has happened, because it has made me realize that I am growing up, becoming a woman, and things just need to be different," Spears told PEOPLE after the big day. "I feel like it's a beginning."
Also in This Issue: Prince Harry opens up about his mother, his charity work and his partying in his first-ever TV interview

Whenever you stop believing in love, just remember Gellar and Prinze, who tied the knot in an intimate ceremony in Mexico 13 years ago and are still going strong today. "We are each other's best friend," Gellar told PEOPLE. "He is my first love."
Also in This Issue: Gwen Stefani marries longtime love Gavin Rossdale

He's long since established himself as one of Hollywood's most eccentric actors, but in 1994, both fans and the press were having a hard time deciding if he was one of the best young actors around or just more trouble than he was worth. After being arrested for destroying a hotel room after a rumored fight with then-girlfriend Kate Moss, reports of Depp getting into fights and causing disturbances started to circulate. Still, he had plenty of defenders: "Johnny is the most gentle, sweetest soul who ever walked the earth," Darlene Gates, who played his mother in What's Eating Gilbert Grape, told PEOPLE.
Also in This Issue: Blair Underwood marries talent coordinator Désirée DaCosta

Thousands of well-wishers, royal watches and reporters gathered outside of St. Mary's Hospital in London on Sept. 15, 1984, to celebrate the birth of the newest addition to the royal family: Prince Harry. His excited father, Prince Charles, described the new baby as " absolutely marvelous. It didn't matter whether it was a boy or a girl," and later joked to reporters, "We've nearly got a full polo team now."
Also in This Issue: Mary Tyler Moore checks into rehab to treat her issues with alcohol

Despite being on top of the world thanks to the success of her iconic series, The Carol Burnett Show, the actress spent years hiding a dark secret: her eldest daughter, Carrie, was a drug addict. "People carry on whether they're in the public eye or not," Burnett told PEOPLE about the years she spent trying to get Carrie help. "You have to try to have a semblance of a life. And you pray a whole lot." Still, after a long, difficult battle, Carrie eventually checked into rehab and she and Burnett repaired their relationship and remained close until Carrie's death from cancer in 2002.
Also in This Issue: President Jimmy Carter has a heart attack in the White House situation room 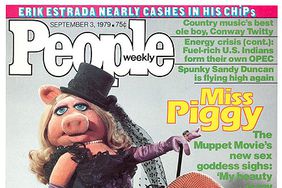 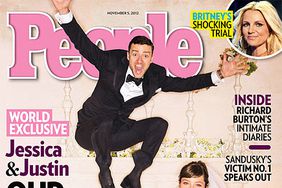 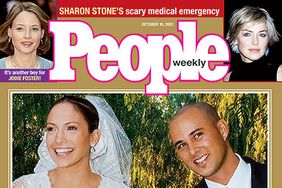