Still, Reuters reports, the name on most people’s lips — including De Niro’s — was Peck’s, who died peacefully at home Wednesday night at the age of 87.

“I had a scene with him in ‘The Boys from Brazil’ and I can’t tell you how well he treated me. He gave me a kiss in the movie and he was the best kisser ever,” said comedian Anne Meara, 73, whose son Ben Stiller costarred with De Niro in “Meet the Parents.”

“Mr. Peck epitomized the leading man. He was graceful and elegant. I watched ‘Roman Holiday’ about 30 times and I can’t tell you my fantasies,” said actress Mimi Rogers, 47.

De Niro told Reuters that he knew Peck “a bit and he was very nice. He was elegant and distinguished and a film icon.”

De Niro later took to the stage to thank those who attended, and added in conclusion, “Good night — and good night, Gregory Peck.” 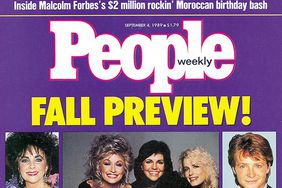