Despite her teary interview on Today and her recent apology for using a racial slur in the past, more of Paula Deen’s business deals have unraveled.

Caesars Entertainment Corporation, which operates as her restaurant, Paula Deen’s Kitchen, in four of its casinos in Indiana, Illinois, North Carolina and Mississippi, announced Wednesday they are ending their relationship with the 66-year-old cook.

“While we appreciate Paula’s sincere apologies for statements she made in her past that she recently disclosed during a deposition given in response to a lawsuit, after thoughtful consideration of their impact, we have mutually decided that it is in the best interests of both parties to part ways at this time,” said Jan Jones Blackhurst, executive vice president of communications and government affairs for Caesars Entertainment.

The four restaurants will be rebranded in the coming months, according to the statement.

Additionally Wal-Mart, the chain which sold Deen’s eyeglasses and cookware lines as well as food products, also cut ties with the cook.

We are ending our relationship with Paula Deen Enterprises and we will not place new orders beyond those already committed,” a spokeperson told PEOPLE in a statement Wednesday. “We will work with suppliers to address existing inventories and agreements.

This news comes as another blow to Deen, who reportedly raked in about $18 million in revenue in 2012. She already lost other contracts with the Food Network and with Smithfield Foods within the past week.

But “she isn’t upset about the loss of money,” a source told PEOPLE in this week’s cover story. “She’s really upset about her reputation.”

For more on the devastation Deen is feeling, pick up the latest issue of PEOPLE, on newsstands Friday

• With reporting by MARK GRAY and RAHA LEWIS

PHOTOS: Paula Deen: From Down-Home to Downfall in 5 Clicks 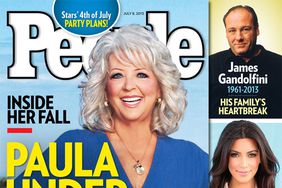 Paula Deen: What Will She Do Next? 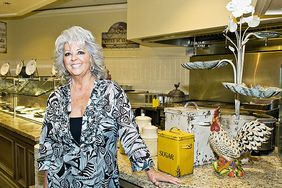 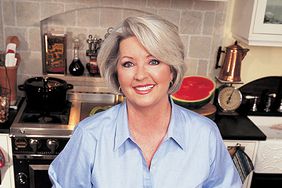